A Translator’s Note from Takami Nieda 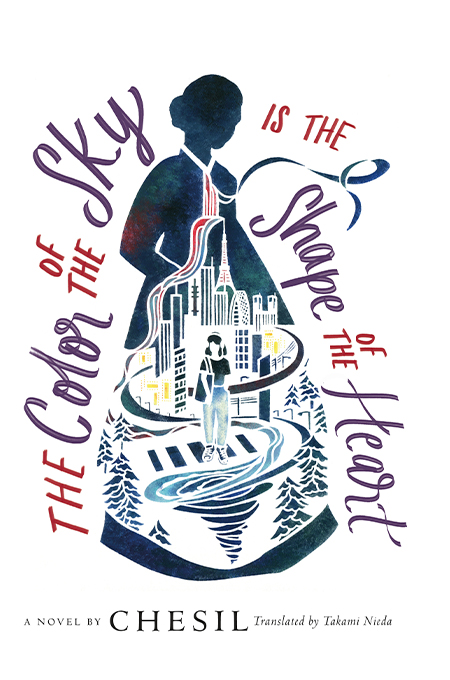 Ginny can’t fit in. She won’t fit in, and her wild tongue gets her into more trouble than out against her bullies. When she sees an injustice, she’s fearless enough to say, “This is wrong” even when others wish she wouldn’t, and when she commits a certain act of defiance, she is forced to leave her native Japan. Bouncing around from Japan to Hawaii to Oregon, Ginny is looking for that one thing everyone wants—a community that will accept her just the way she is.

I fell in love with Ginny for her righteous anger and courage to call something out when it’s wrong. I was also heart-stricken by how Ginny has to navigate the complexities of discrimination and injustice all alone, without anyone to help her or to validate her anger. To me, the novel isn’t merely a story directed at young readers—it also calls out adults for creating a society that is fraught for young girls like Ginny. In doing more research about the author, Chesil, I learned that when growing up, she disliked hearing a certain catch-all excuse that grownups used to avoid getting involved in the plight of others: “It doesn’t concern me.” The novel is, in part, a response to those grownups. Reading this gave me the sense that I had connected with the novel in the way the writer had intended, and also gave me the confidence to ask permission to translate the book. Chesil very graciously said yes.

Every aspect of translating the book was challenging and delightful, and I especially enjoyed being able to consult Chesil during the translation and editorial process. She generously gave me insight into her intentions and process. By combing through the details of the novel with her, I came to learn how deeply personal this story is to her, and fell in love with Ginny even more. I’m excited for English-language readers to get to know Ginny through her journey—and take it with her.