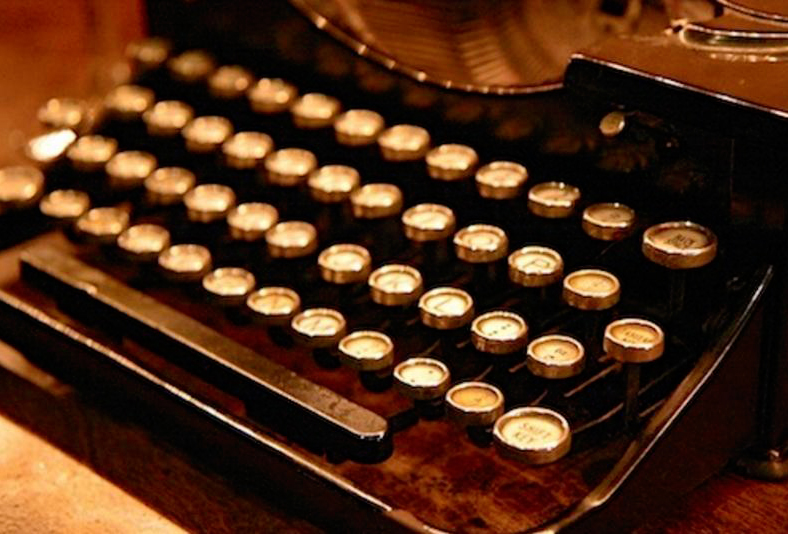 “To be a good writer, you not only have to write a great deal, you have to care.” —Anne Lamott, Bird by Bird

Back at the beginning of this section, I said that your idea had to be something that interested you deeply. When I was talking about the stakes, I said you’d write them better if they actually reflected your own values.

Now I’ll take it a step further. If you want to finish your book, you should care passionately about the issues and the characters that it explores.

I don’t think you can write a novel that doesn’t eventually tap something deep inside you. First, I think you’ll quit. If you don’t quit–if you persist over a hundred, or even two hundred, pages–I think you’ll find you’ve lost your way. Then you’ll quit.

And–if you manage to prevail against the odds and shoulder aside your own indifference to the stakes in your book for long enough that you eventually finish–the book will stink.

It’s like running. You can run a hundred-yard dash and wear out nothing but your legs. Running a mile will work your legs and your lungs and burn some of your body fat. Running a marathon will deplete everything except your heart, and if you can’t continue to find the desire in your heart, you’ll quit.

And, by the way, that’s when the best writing begins.

In her book The Writing Life, Annie Dillard says:

“The line of words fingers your own heart. It invades arteries … feeling for something, it knows not what … some song forgotten, a scene in a dark bedroom, a corner of the wood lot, a terrible dining room … the line of words peels them back, dissects them out … Do you want to expose these scenes to the light? You may locate them and leave them, or poke the spot hard until the sore bleeds on your finger, and write with that blood.”

This may sound melodramatic to you. It might even frighten you. (It scared the hell out of me when I first read it.) It might be enough to make you quit before you even begin. But it shouldn’t. In fact, it’s the key to writing a book you’ll care about, a book that will continue to engage and even fascinate you for months, a book that teaches you something about yourself. A book you’ll finish.

There’s something enormously liberating about following that “line of words” to something that’s buried deep inside of you–some sadness, some joy, some love, some anger, some fear–and getting it on the page in a way that brings your heart into your story. Remember, this is a novel, not a journal or a memoir–you don’t have to lay bare your most secret shame. You’re writing fiction. And you’re using the truth–your own truth–as the fuel that moves the story along. That makes the readers care. That gives them something, in this amazingly abstract construction of words and punctuation marks and paragraphs, that they recognize as true.

Of course, none of this is meant to suggest that we should all write books that dramatize our most closely-held anguish, or that moment when we were nine that still make us writhe in self-loathing. Any kind of book, whether it’s a thriller, a romance, humor–hell, a novel about pirates–is going to be richer and truer if the writer’s heart is on the page.

You can find the things that mean the most to you, and make them the things your characters care about. You can take situations that have haunted you for life, and build a new story around them. You can tend the flame of something that’s made you furious for years, and use that heat and light to propel your story forward. You can take the wrong that most dismays you in the world, and right it.

You can grab hold of love, hate, exhilaration, pride, shame, religious ecstasy, political dudgeon, financial reversal, childhood wrongs and adult disasters, utter defeat and total triumph, and you can use them. You should use them.

One of the reasons it’s dangerous to hang around with writers is that, sooner or later, everything is material. The most private conversation, the most trembling confession, the most dastardly betrayal, the most uplifting intervention. It’s material. Sooner or later, there will come a point in a story where the writer sits bolt upright and says, “Here. This is where that belongs.” And, if they’re being true to their story, they’ll use it. All that matters–all that should matter–is the story.

And please don’t challenge this by asking me about all those (eeeeewwww) best-selling writers whose work is regularly ripped to bleeding sentence fragments by the critics. I’m convinced that those people not only write the best they can, but write from their hearts. I may or may not like what all of them write, just as you may or may not like what I write, but their hearts are on those pages. That’s why hundreds of thousands of people (unlike critics, who get their copies free) dip into their pockets to buy those books, and–more important–take time out from their lives to read them.

(By the way, to any critic who might be reading this, I don’t mean you. You’re my favorite critic.)

So, in short, my best advice is write from the heart, no matter how long it takes to get there. You’re a lot more likely to finish if you do, and to write a better book.

After all, if you don’t give a damn, why should the reader?

Ed. note: This is the fifteenth post in a series. Check out the Table of Contents to see what’s in store, and be sure to come back next week for a new installment.