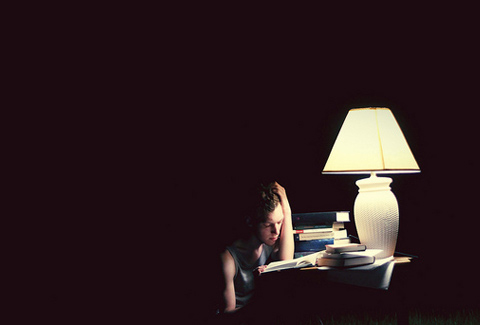 “Some fifteen billion years ago . . . all the [universe’s] matter and energy were condensed to a point’ and then there was an almighty Big Bang.” —Simon Singh, The Big Bang

How far back do we have to go to begin our story? How far back should we go? And, on a practical level, how do we work into our story the necessary information and events that happened before the story began?

In her book on writing, Bird By Bird, Anne Lamott credits writer Alice Adams with the ABDCE plot breakdown: Action, Background, Development, Climax, Ending. Most of those are self-explanatory—begin with an Action that engages your reader’s attention; Develop the situation; take it to a Climax; and wrap it all up at the End.

The lug-nut in the beef stew, for me, at least, is background.

I mean, when do you supply it? And how?

If we were to begin every story at the actual beginning, we’d have pages and pages of uninteresting but vitally important background. All the things that explain why our characters react as they do. Geopolitical and socioeconomic info about what’s at stake. The geological history of the Hawaiian Islands. All the fascinating stories from the writer’s own childhood that have been loaned to his or her characters.

Male readers would probably have to shave before the action begins. And then they’d wander off and turn on the TV.

All this stuff, these gobs of information about the characters, the setting, and the issues, is called exposition. And the problem is that we need to know it, but we don’t particularly want to read it. Especially in bulky clots that stop the flow of the story.

In practice, very few novels begin with the Big Bang. Most writers start to tell their story around the time that the primary immediate action commences. One of the challenges is to keep things moving while making sure the vital background is available to the reader. Another is to make all that vital background interesting.

The thing I try to keep in mind is that readers don’t need to know everything until well into the book. Background information can be reserved until it’s called for. I don’t need readers to know that my central character memorized the World Book at the age of twelve for them to follow a scene in which that character falls down stairs. If the first three chapters of your novel show Sally going about her work unaware that her co-workers are plotting against her, we probably don’t need to know that her childhood was scarred by her failure to win the Girl Scout Merit Badge for Post-Feminist Literary Deconstruction. We’ll need to know it later if it’s essential to understanding her character, but we readers probably don’t need to know it yet.

There will come a time when we do need to know it, and when we do, you can parcel it out, as you will all the other necessary material. The question is how.

One method is to take the reader back in time, to Sally’s childhood, and tell the story there. It’s probably best to set these snippets apart with what’s called a page break, an incredibly versatile device made up of a double double-space – just a snippet of blank page to tell the reader that something new is coming. (These are also essential between scenes.) When you start to tell a piece of the background story, you need to give it the same kind of attention you give to a scene. One approach is to start with an attention-getting detail: When Sally was twelve, she had a secret drawer in her bedroom. Her diary was in plain sight, where her mother could see it. The drawer was full to overflowing with the flashlight batteries she used every night to read in bed. (Please understand that I’m not trying to pass this off as good writing. It’s barely writing at all.)

If that approach works for you, you can treat this background information as a longer story and break it at a cliffhanger every time. That way, the next time an installment comes up, your reader won’t roll his or her eyes, or, worse, close them. It will become something to look forward to.

Or you can trigger a reminiscence prompted by something in the present. Sally’s eye was drawn by the badly darned hole in the sleeve of the girl’s blouse. She sometimes wondered if her chronic desire to achieve was a remnant of the fierceness with which she pursued the Girl Scout merit badges that covered the holes in her own blouses. Okay, that’s pretty awful, especially since Girl Scouts wear their merit badges on their uniforms. But you know what? Now I have something to rewrite. It can only get better. Repeat after me: The enemy is not the awful page, it’s the empty page.

One of the least painful ways to deal with exposition is to work it into scenes. You need to be careful here, though. There has to be a reason for people to explain things to each other. They need some good reason to unburden their souls. They’re under duress. There comes a time in your story when a lie can’t be allowed to survive a moment longer. What it absolutely cannot be is a bunch of stuff both characters already know and have no earthly need to say aloud. A writer friend of mine, Stan Cutler, sums up this kind of writing perfectly with a single line of dialog: “As you know, Ken, I’m your father.”

I just read a book by a writer whom I admire greatly—I’ve read every one of his many novels—in which a bunch of bad guys who are plotting something terrifically complicated bring into the room someone to whom they explain the entire scheme, in detail and at extraordinary length, practically all the way back to Noah’s flood. Then they kill him. Work for you? It didn’t for me, either.

Let’s say you’ve got some information about a major character that the major character would never reveal. Or can’t, because it was so traumatic she’s blocked it from her memory. Or wouldn’t because she doesn’t understand its importance. Or let’s say there’s a piece of your story that no major character knows, and you’ve got to bring it into the light. That’s when you might bring in a minor character— the shopkeeper on the corner, the eyewitness, the third-grade teacher of your now-adult heroine—and give him or her the scoop, and then dig it out.

These can be tricky scenes. You want to put some work into that character. She can’t just have a button that says PLAY on her chest that your questioner can push, and then sit back and listen. The more memorable that character is, the more memorable the information would be. You want that scene to have stakes of its own: the person with the information is reluctant to share it, feels like it’s a betrayal, is ashamed of it, distrusts the person who’s asking the questions, is afraid she’ll harm the character about whom the questions are being asked. Your questioner needs to work for the information, and that information should have some kind of urgent importance so the questioner has his or her own stakes.

In other words, it has to satisfy the requirements of any other good scene – and maybe a little more so, because its actual purpose is to stand aside from the action of the novel long enough to fill in some blanks.

In my novel A Nail Through the Heart, I did myself a great service (actually at the suggestion of my agent) by setting the story about twelve weeks after the huge tsunami that swept over so much of coastal Southeast Asia. That meant that virtually all the minor characters who supplied so much of the book’s background information were struggling with issues of their own—loss, bereavement, trying to figure out how (and why) to go on. I can’t tell you how much that contributed to the effectiveness and interest value of those expository scenes. It gave them heart.

Exposition is a necessary evil. It’s the writer’s goal to turn it into an asset.

Ed. note: This is the nineteenth post in a series. Check out the Table of Contents to see what’s in store, and be sure to come back next week for a new installment.