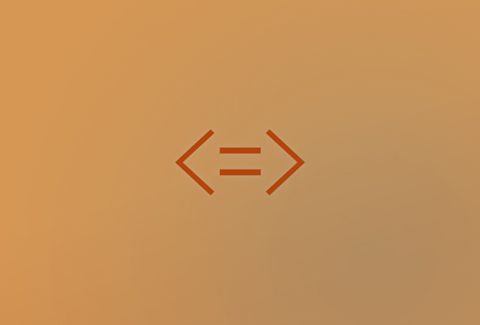 What We Leave Out

All writing is a process of selection. What is left out is often as important to the flow of the story as what is left in.

Every time we select something, we discard, by eliminating it as unnecessary, something else. What we’re going to look at here is a certain kind of story material you can skip to keep the reader turning the page.

Many new writers try to write everything. The telephone conversations in their book begin with dialing and end with hanging up. They give us every word and pause in between. First-rate writers face this problem when they start out, too. Raymond Chandler once said of one of his early characters, “I could hardly get his hat off.” According to Chandler’s biographer, Tom Hiney, “it was two to three years before he could get a character out of a room convincingly.”

And Chandler was a great writer.

Let’s go back to that phone call. Jack (he’s baaaaaack!) needs to find out whether his seven trillion-dollar takeover bid for the patent to a random fingerprint generator has been accepted. Here’s one way to handle it.

Jack picked up the phone, checked his daybook, and punched in seven numbers: 555-1248. He lifted the receiver to his ear and listened, putting his hand over his other ear even though the office was quiet. He waited. The phone on the other end made a burring sound: once, twice, three times. The third ring was interrupted. “Mr. Exposition’s office,” said a female voice.

“One moment.” Jack listened to the Rolling Stone’s “Under My Thumb” played by a string quartet until Exposition said, “Jack?”

“What did they say?” The phone was slick with sweat in Jack’s hand.

Jack’s blood pressure tripled. “What do you mean, no go?”

… The conversation continues as they hatch a plan to steal the machine.

“What do you mean, no go? The phone was slick with sweat in Jack’s hand and he could feel his blood pressure triple.

… The conversation continues as they hatch a plan to steal the machine.

Two questions: First, given that you’re likely to live only 65 or 70 years, which version would you rather read? And second, did the second version eliminate anything that actually mattered?

This technique can be called starting late. It’s a great way to cut directly to the rising action in a scene without having to go through all the preliminaries. It cuts away all the connective tissue, some of which is, inevitably dull. And anyway, people already know how to dial a phone, how to turn a doorknob and push or pull the door open, how to get into a car, or how to get something out of a wallet.

If we absolutely have to mention the wallet, it should do something else. For example:

Jack worked the card out of his wallet. It took some doing—it had been stuck in there ever since the day the hogs ate grandma.

Okay, now we’re getting somewhere. Why had the card been in there, undisturbed, all that time? What is it? What kind of a card does someone slip into his wallet on the day his grandmother was eaten by hogs?

Generally speaking, we can leave out lots of commonplace action that the reader will assume the character had to perform anyway— unless some aspect of it tells us something else.

Scenery is nice. Trains go through it. We stop and take pictures of it, and then we never look at them again, unless we want to use them as a slide show to torment our friends.

A few scenic details in a novel can help to establish a setting. More than that is usually dead weight—unless it somehow reflects our characters or tells them something about them.

Since readers do skip things, even really fascinating material, you may have skipped the section called “Setting as character.” If you did, let me share once again two ways to write Dolores’s trip uptown.

Riding uptown in the Lincoln town car, Dolores passed Tiffany and Prada and the magical toy emporium of FAO Schwartz.

Modestly interesting for shopaholics, I suppose, but it would be a lot more interesting if it had something to do with Dolores. For example:

Riding uptown in the Lincoln town car, Dolores allowed the smooth leather of the seat to calm her. She checked her fingernails as they passed the glittering art deco spire of the Chrysler building but sat forward as Tiffany, Prada, and FAO Schwartz slid by.

We’ve now seen the scenery and we know that Dolores is upset about something (between you and me, it’s Jack, and who wouldn’t be?) and we’ve learned that she’s more interested in brand names than she is in great architecture.

To put it broadly, scenery is an inert element unless it somehow reflects our characters’ lives, tells us something about them, or is an actual element in the story. I would not, for example, advise a writer doing a book about a tragic mountain-climbing expedition to go light on the descriptions of the mountain.

AND THEN THERE’S TIME

I personally have more trouble with time than any of the other kinds of skippable material. It took me hundreds of thousands of words even to begin to get a handle on it, and I still confront the vast acreage of my ignorance every time I write a chapter.

Let’s say that Jack has intercepted a letter from the inventor of the random fingerprint generator, written to a colleague. Jack is sure that the letter contains the secret of this potential goldmine of a machine. Unfortunately, he can’t follow what it says, because the person to whom it was written already knew an enormous amount about the enterprise, so key details are missing. Let’s also say that this letter is a brilliant invention on your part to put things in a holding pattern for three days while some other stuff happens in the story—stuff that can’t plausibly happen in a shorter time. You need those three days. How do you write them?

Well, one way would be to follow Jack through them as he agonizes over the letter, tries all sorts of solutions, reads it backward, x-rays it, and then—finally—takes it to a scientist who might be able to fill in the details. This could take ten to twelve pages (maybe more) and might be interesting if you really know a lot about how to probe documents for their secrets—and if your reader is fascinated by the topic. Ultimately, though, even if you manage to make it interesting, the action leads nowhere, and Jack winds up doing what he probably should have done in the first place: He takes it to an expert.

Another way would be to use the miraculous device called the page break that we talked about in the section on “Exposition.” It’s just a double double-space, and it has more uses than the wheel. One of them is to denote the passage of time. So here’s a way to handle Jack’s problem with that letter.

Jack refolded the letter for the thirtieth time and put it on the bed-table. He turned out the light and settled back. Surely, when he woke in the morning, it would all be clear.

Seventy-two hours later, the letter split in half along the longer fold, and Jack admitted defeat. He got the phone number of the forensic science department at the city university, slipped the letter back into his pocket, and dialed.

See? Those three days went away. What did you lose? Probably a bunch of material that your editor, if your novel gets published, would later ask you to cut.

Whenever you find yourself a little bored by what you’re writing, or whenever it’s really slowing things down, ask yourself whether you really need what you’re writing. If not, lose it. It’ll not only make the book flow better, it’ll keep you interested enough to keep writing.

Ed. note: This is the twentieth post in a series. Check out the Table of Contents to see what’s in store, and be sure to come back next week for a new installment.