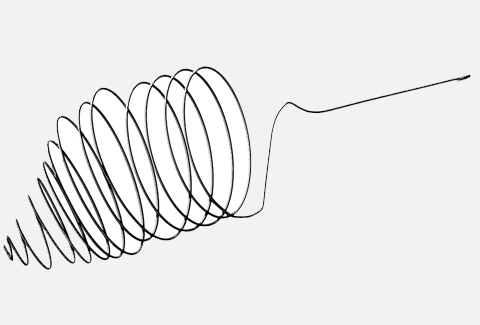 The Shape of Your Story

“Forget everything you have ever learned about structure, and sit down and start writing.” —V.S. Naipaul

Okay, I got that out of my system.

There is no “ideal” structure. For every half-dozen classically-structured stories in three, four, or five acts stories, there’s at least one exception: a story that start in the middle, that meanders from place to place, stories that goes in circles. And some of them work.

There are dozens of theories about structure, many of them pretty rigid. Rising action, falling action, resolution; the classic paradigm of the hero’s journey; Alice Adams’ ABDCE (action, background, development, climax, ending). Every year, at least five or six books a year offer another theory of story structure.

But all story structures have three things in common: a beginning, a middle and an end. I personally think this is all you need to keep in mind.

Each of these sections needs to accomplish certain things. Since Shakespeare is the greatest writer who ever picked up a pen, let’s take Hamlet as an example. If you’re not familiar with the play, I apologize, but what the hell, you ought to read it.

• Establishes physical setting – where, when (Elsinore Castle, in Denmark, a long time ago). Also creates emotional setting – fear and soul-sickness – with the very first lines of dialogue:

Barnardo: Who’s there?
Francisco: Nay, answer me. Stand and unfold yourself.
Bernardo: Long live the King!
. . .
Francisco: For this relief much thanks.
I am bitter cold and sick at heart.

• Establishes the back-story, if necessary. (Murder of Hamlet’s father – some information revealed very early on, by the Ghost, talking to Hamlet; some distributed through later scenes; remember the vividness of the murder in the play-within-a-play.)

• Contains the inciting incident – the incident from which the rest of the story follows. (Hamlet meets his father’s Ghost, learns of the murder.)

• Action and/or complications lead to the first crisis or reversal: (In this case, the meeting with the Ghost is both; it turns Hamlet’s world upside-down. Hamlet immediately swears all those who have seen the Ghost to secrecy and announces to Horatio his plan to behave as though he were mad, thus giving himself room to act without arousing the murderer’s suspicion.)

• Progressive story complications take place: these complications may arise from within the character him/herself (Hamlet’s assumption of madness, and his hesitation to act); from interactions with other characters (Polonius spying behind the curtain), Claudius’s suspicion of Hamlet; or from the outside world (the shipwreck, the entrance of Fortinbras).

• Subplots may be introduced and/or furthered: (Polonius’ family, including Ophelia and Laertes, Rosencrantz and Guildenstern)

• Each complication makes it more impossible for the character to withdraw from the situation. (The play within-a-play convinces Hamlet of Claudius’ guilt; the murder of Polonius endangers Hamlet.)

• The crisis – the potentially most devastating reversal – takes place. (Hamlet confronts his mother and shames her, and then, thinking the person hiding behind a curtain is Claudius, accidentally murders Polonius.)

• Final actions arise from the crisis. (Ophelia’s suicide, Claudius’ attempt to have Hamlet killed; the deaths of Rosencrantz and Guildenstern; the duel with Laertes, the poisoned foil and the poisoned cup.)

• The climax – the final, world-changing event – takes place. (The duel in which Hamlet and Laertes are fatally wounded, Gertrude drinks from the poisoned cup, and Hamlet kills Claudius.

• Resolution and restoration of order: (Fortinbras quite literally restores order by claiming the throne.)
These three sections contain huge amounts of story. (Shakespeare broke the play into five acts, but in modern performance it’s often played as three.)

Think of your own story in these terms. Odds are pretty good it’ll arrange itself into this pattern on its own, but you want to be aware of where you are in the structure. Generally speaking, in the beginning, you want to introduce all your main characters and set up all the issues. It’s absolutely mandatory to establish the stakes here. All your story elements, including subplots, should begin in this section, although it’s okay to set the stage in this section for a subplot that takes off in the middle of the book. And, perhaps most important, you need to get the primary action underway.

In the middle, we’ll watch the characters develop, we’ll see complications arise in the story, we’ll get some backstory, and we’ll see the stakes increase. We’ll almost undoubtedly get to know the antagonist better, unless you’re writing a classic mystery, where the antagonist isn’t identified until the climax. If you’re thinking in terms of pace, usually it’s fast in the beginning and then slows some into the middle, when it picks up again and then goes like a bat out of hell through the end.

The end weaves together all the strands of the story, brings the stakes to full boil, and rises to the climax, the incident or act that settles scores, reveals the truth, and paves the way to the final resolution.

One more thing. Writing the beginning of a novel is usually an enormous amount of fun. The end is often a roller-coaster; the writer just does his or her best to ride it.

Writing the middle, on the other hand, often sucks. We’ll look at the reasons for that next.

Ed. note: This is the twenty-second post in a series. Check out the Table of Contents to see what’s in store, and be sure to come back next week for a new installment.