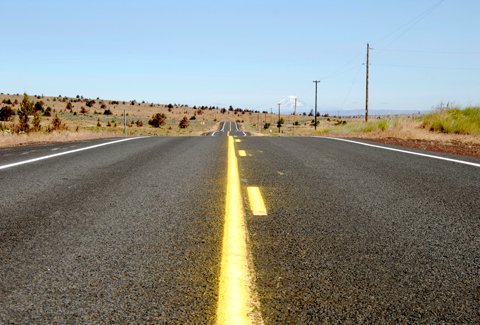 “The writer is always at the mercy of his story.” —George V. Higgins

It’s kind of a shame there’s no way to skip writing the middle of a novel. Writing would be much easier if only readers would settle for a crack-up beginning, then a nicely typeset page that says something like, “Then a bunch of stuff happens,” followed by an absolutely slam-bang ending.

But they won’t. They’ve shelled out for that book, or gone all the way to the library to get it, and they want a middle. It’s unreasonable, but there it is.

You have to write the damn thing.

A million pages ago, at the beginning of this incredibly long series, I used the metaphor that you marry the idea behind your book. To pursue the marriage metaphor to unreasonable length, the beginning is the honeymoon. Anything is possible, it’s all fresh and new, the entire world sparkles with potential energy. The ending is the golden years. You and your characters have learned all about each other. You’re comfortable working together. You understand—you feel—their hopes and dreams. There’s a final goal in sight, and you finally know how to achieve it.

The middle is divorce time.

Look. By the time you reach the middle of your book, you’ve made literally hundreds of basic creative decisions—about your characters, your story, the stakes, your setting, the tone of the narrative, on and on. For better or for worse, you’re committed to all these things. You can’t just decide, “This would be interesting,” and change them on a whim. You can’t make up new rules. There comes a time when the basic idea no longer seems so fresh, the action seems to sag a little, the characters are yellowing around the edges, and you are forced to go through the ups and downs—the sheer gruntwork—of pushing a manuscript along. You endure writer’s block, anxiety, sneering from your inner critics, the sense of having lost your way in a wilderness of words.

If you’re not careful, you can develop a blind, unreasoning hatred of every idea, scene, setting, character, line of dialog, word, space, and punctuation mark in the manuscript.

And what happens then? You quit.

We’re going to talk in the next section, “Getting Out of Trouble,” about ways to deal with some of the specific issues that often arise during the writing of the Dread Middle. For now, some general observations:

1. Everyone else goes through this, too. This includes your favorite novelists in the whole wide world. But they finish. So can you.

2. Life will go on. If you keep working, even if all you do is write about the problem you’re facing, you’ll eventually see daylight. A character will surprise you. You’ll find a way to start a few scenes that actually makes them fun to write. Some of your confusion will clear up, and you’ll realize that there actually is a path through your story. So what if it’s not the path you originally had in mind? It’s probably a better one.

3 .Have faith. You’re engaged in a creative enterprise of the first order. Nobody ever said it would be easy. You can do it—as long as you don’t quit.

5. Don’t get stuck on little stuff. Can’t find the exchange of dialog you need? Can’t rattle up a memorable description of a character? Don’t know what somebody’s living room looks like, and you need to describe it as a way of presenting something about her character? Rhubarb it. That’s my all-purpose “let’s get past this” term, based on what background characters in radio dramas used to say when crowd noise was needed. If a bunch of people say, “rhubarb” at slightly different times and at random speeds, it sounds like a general hubbub. When I get to something that has the potential to derail me, I write, “rhubarb” a couple of times and move on. Then, later, when my anxiety is under control, I have my computer find “rhubarb.” and I fill it in.

All of this boils down to two points. First, you’re probably going to have trouble with the middle of your book. Second, you can get through it.

After all, the only really wrong way to write the middle of your book is not to write it. Anything else can be improved upon.

Ed. note: This is the twenty-third post in a series. Check out the Table of Contents to see what’s in store, and be sure to come back next week for a new installment.