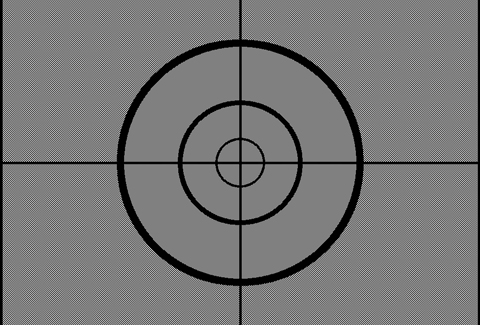 “The best thing is to write anything, anything at all that comes into your head until gradually there is a calm and creative day.” —Stephen Spender

Sometimes a book goes stale. This is not something you notice during one or two writing sessions. This is something that comes up again and again. Over the course of several days, maybe a week or more, it becomes progressively more difficult to summon up the enthusiasm you need to work on your book. Writing becomes drudgery.

This can be serious.

There are lots of reasons we can lose interest in what we’re writing. Sometimes it’s just the weariness that comes over so many of us somewhere in the Dread Middle. For a new writer, it can be nothing more than coming up against the recognition that some writing actually is gruntwork. Someone who hasn’t written much may have a romanticized vision of what writing should be like—the solitary author, eyes alight with inspiration, conjuring new worlds out of the smoke of a single candle. A wide-open channel to the undiscovered, letting the words and images and characters pour directly through you and onto the page.

If you’re a new writer and you’ve never come up against the soul-sickening experience of losing interest in your book, let me suggest something to you.

So my first advice is just to keep writing. Read the Stephen Spender quotation at the top of this page and follow his advice. Apply the seat of the pants to the chair, the fingertips to the keyboard, and power through it. You may suddenly find yourself emerging into the sunlight, and you’ll have a great day’s work. When it’s over, you’ll look back on the period of difficulty and ask, “What was that about?”

On the other hand, you may have a real problem.

If you do, this is a great time for writing about your book.

Grab some paper and a pen, or open a new file on your computer. Describe the feelings you’re having about the book. Speculate about the possible reasons. Think back on the story and ask yourself at what point this feeling began to creep over you. Is one character giving you more problems than others? Write about that character. Are you having trouble with a relationship that’s central to the book? Write about the relationship. Write anything and everything that comes to you. Don’t censor, don’t go back and fix anything. When something you write grabs your attention, stick with it. Follow it until you get to the end, and then go back to the general questions you’re asking yourself and write some more.

Do a retroactive outline. Go back to the beginning and synopsize the book, one scene at a time. Keep it brief, but include the important things: what happens in each scene, where it is, whom we meet. How it advances the story Focus on the stakes.

Chances are that at some point you’ll notice that some scenes are harder to synopsize than others. They may seem overcomplicated. You might find that you don’t remember them with the same clarity as you do other scenes. Put a little mark next to these scenes and keep going. Do this for everything you’ve written.

Now back and look at the scenes that gave you trouble, that seemed too complicated, that were less interesting to synopsize, that may even have vaguely embarrassed you. Ask yourself why you’re not happy with each of these scenes. Focus on them one at a time. Where does the scene go wrong? Are your characters true to themselves in this scene, or have you forced them to do something that wouldn’t be natural for them? Does the scene contribute to the flow of the story?

If you’ve made a wrong turn, it’s probably in one or more of these scenes. Print them out and look at them on the page. Read them to someone you trust. How do they sound in your own ears? Read a scene you really like and pay attention to the way that scene sounds to you. As you go through these exercised, ask yourself whether there’s a point at which you stopped caring. Was there a point where the writing became more mechanical, where it disconnected from your heart? If there is, you’ve probably found your problem.

If any of this helps you identify the problem, you’re going to have some rewriting to do, beginning with the scene where things went off the rails. You may have to tear up, or substantially alter, many pages.

Sometimes the scenes that bring the least to the book contain the best writing. There may be passages in these scenes that you love. They may be the very passages that give you the confidence that you can actually write.

If they don’t contribute to the overall power and effectiveness of the book, cut them. Believe,me, there’s more where that came from.

I once had the privilege of spending some very interesting time with one of the best-selling writers of the 1970s and 1980s. This guy hit the top of the best-seller lists every time he released a title. He wrote big books, real door-stops, 500 pages or longer. He was aware that he had a problem with length, and he knew he’d have trouble cutting his work if he had to lose what he called “his babies,” the pieces of writing that he loved best, or that he’d worked hardest to get on the page. So this is what he did.

When he finished a book, he took the manuscript and turned it face-down. Then he took the first three pages off the stack, put them on the other side of the keyboard, and threw the fourth into the wastebasket without looking at it. Three more pages, one discard; three more pages, one discard. He kept it up until twenty-five percent of his book was in the wastebasket. He had just cut his book by one-quarter with no regard at all for the actual content of the cuts. Then he picked up the manuscript, turned it face-up, and gave himself one paragraph to replace each of the missing pages.

This is one of the bravest things I ever heard. Sure, some of the “babies” he’d tossed found their way back into the book, in the bridging paragraphs. But he had the courage to believe (a) that his characters and story were strong enough to survive the deletion of some of his best writing, and (b) that he had more where that came from.

This is a long story, but the point is that all that matters is the flow of your book. If you’ve written a scene that interferes with that flow, that takes the book off-point, that gets away from the aspects of the story you care most about, that scene’s proper environment is the wastebasket. No matter how much you love the way you described the green trees against the gray sky or the curl of a woman’s fingers around a wineglass, or an exchange of dialog that you’re sure will eventually find its way into Bartlett’s Quotations.

And finally, if none of the suggestions I’ve made helps you discover what’s wrong with your book, I suggest you write down, in no more than one paragraph, the central core of what your book is about and why you care about it. With that in front of you, run through those scene synopses again. You’ll probably spot the problem.

If you don’t, then you have just about the only good reason I know to stop writing. Put the whole thing in a drawer and go back to your life for a week or two. If things occur to you about your book during this hiatus,write them down and put them in the bucket. Leave the manuscript alone.

One of the phenomena of writing is that fat rises to the surface. We may love every word of something while it’s still hot off the presses of our imagination, but after a couple of weeks, when we look at it again, we realize there are things we love less than others, and things that make us wince. When you finally take out that stack of paper and work your way through it, it’s those patches of fat where the problem probably lies.

Ultimately, you may need to abandon the project, at least for a while. If it comes to this, I strongly suggest that you begin immediately to work on a new project. If nothing else, you’ll be amazed at how much you’ve learned by writing the book you are (at least temporarily) abandoning.

And who knows? At some point in the future, you may solve the problem. The manuscript will still be there. Waiting for you.

Ed. note: This is the twenty-fifth post in a series. Check out the Table of Contents to see what’s in store, and be sure to come back next week for a new installment.