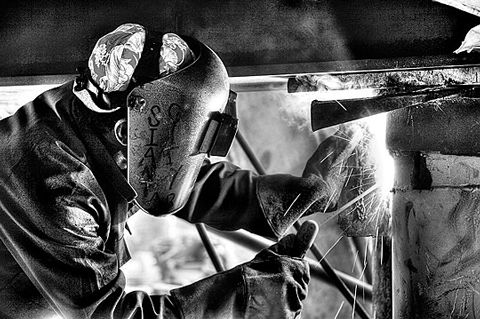 “Inspiration exists, but it has to find you working.” —Pablo Picasso

Life has a way of interfering with writing.

For me, a routine is absolutely essential. I write six days a week (sometimes seven), for a minimum of two hours and a maximum defined by when I totally run out of gas. I also set myself a 1,000-word daily limit, and if I haven’t reached that goal by the end of the second hour, I stay there until I do reach it. Often the day is much longer and the word count much higher.

I write in coffee houses, mostly, because I have no competing responsibilities there—my only duty is to write. When I try to write at home, I find myself cleaning things that have never been cleaned and probably shouldn’t be cleaned. A few weeks back I poured Drano down a perfectly good drain and waited the recommended hour for nothing to happen. Anything to get away from writing.

(For a look at my writing routine in Asia, see “Writing, Asian Style.”)

Here’s what Raymond Chandler had to say about a daily writing routine: “The important thing is that there should be a space of time, say four hours a day at the least, when a professional writer doesn’t do anything but write. He doesn’t have to write, and if he doesn’t feel like it, he shouldn’t try … But he is not to do any other thing, not read, write letters, glance at magazines … Two very simple rules, a: you don’t have to write. b: you can’t do anything else. The rest comes of itself.”

So here are my recommendations.

1. Set up a place to write, or find one outside the house, that you don’t use for anything else.

2. Stay there until you’ve reached your minimum.

That means you have to reserve that time. You need to defend it against errands, phone calls (turn off that cell), the demands of friends and family. It’s your time.

I begin every session by reviewing the work of the past three or four days. That has two advantages. First, it gives me a chance to rewrite, on the fly, so to speak. Second, it means I’m already writing when I hit the blank page. I find it very difficult to sit down and dive into that expanse of blank paper. It’s much easier to get there gradually, by working through the most recent pages.

Why do I think you should write every day?

Second, the more time you spend with your story, the more real its world will be to you. If you spend three days away, it will be three times as difficult to get going again. If you spend a month away, you’re practically going to have to start over. You want the momentum and the familiarity with the world of your book that only comes when you enter that world regularly.

Third, as the Picasso quotation at the top of this page suggests, inspiration comes most often to those whose imaginations (and fingers) are engaged in the act of creation.

Fourth, the world is full of material for your book, and you’ll recognize it more easily if you’re deeply engaged in writing your story. The regular commitment to writing activates the reticular activating system, which sits at the base of the brain, filtering out stuff that doesn’t stimulate it, and admitting stuff that does. The reticular activating system is responsible for the fact that you can hear your name spoken in a noisy room. It’s why, after you decide to buy a certain car, you’re suddenly aware of billboards advertising that car all over the place. When you’re really working, you see and hear stuff all the time that’s relevant to your book. If you’re not writing, most of that material will slide right past you.

Once you start writing, stuff will come to you all the time. You’ll see things, hear things, think of things, and read things that strike you as being potentially useful for your book.

You DO NOT want to lose any of this material.

I set up what I call “the bucket” when I start to write a book. Actually, it’s two buckets: a cardboard box and a folder on my computer. Anything I can clip out, or anything that came to me while I was driving, let’s say, and I made a note of, goes into the box. Anything I think of while I’m working goes into the computer folder. You have no idea whether this material will eventually be useful, but it’s much better to have it at hand.

Ernest Hemingway was once quoted as saying never to quit unless you know where you’re going next. For me, that means not stopping at the end of a scene or a chapter unless I know precisely how the next one opens. It often means quitting in the middle of an exchange of dialog, so I’m actually eager to pick it up again the next day. The goal here is not to crash against the blank page. By the time you’ve reviewed what you wrote in the past three or four days and finished the piece you’re eager to get to, you should be in great shape when you finally find yourself staring at the vast snowy expanse of the empty page.

The writer with the most impressive work ethic was probably Anthony Trollope, a contemporary of Dickens’ who is one of my favorite novelists in the world. Trollope wrote by the clock day in and day out, wherever in the world he was. He set up that clock and wrote at home, in hotels, at his club, on the road, in his cabin on ships, and for all I know, while he was visiting America, on a stage coach. When the time was up, he quit. Here’s the part that got my attention. If he had, say, eleven minutes left on the clock, and he had just finished a novel, he didn’t sit back and enjoy a celebratory cup of tea—he started a new novel. Eleven minutes later, he quit for the day. (By the way, Trollope wrote some 45 novels.)

I don’t expect that you’ll follow Trollope’s routine to that extent, but—to summarize—this is the routine I suggest:

1. Write daily, setting a minimum of time and/or words. Defend that time.

2. Begin each session by reviewing the past three or four days’ work, rewriting where necessary.

3. Quit when you know where you’re going next time.

One more thing: back up your work. If your computer crashes, you need to know the work is safe. Keep the backup somewhere else. Or do as I do, and e-mail it to yourself.

And give yourself credit at the end of every day. You’re writing a novel.

Ed. note: This is the sixth post in a series. Check out the Table of Contents to see what’s in store, and be sure to come back next week for a new installment.