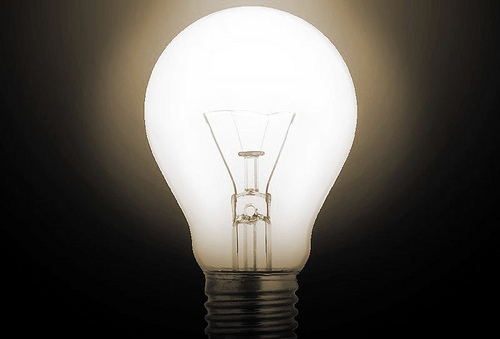 An Idea You Can Live With

“Walk around the piece a few times before writing it.” —Eric Satie

About a third of the time, when someone in my class ultimately fails to finish a novel, he or she is writing the wrong book.

What does that mean?

It means one of two things. The idea he/she is trying to write is either:

A bad idea
A bad idea for that writer

Most people wouldn’t buy a car without kicking the tires or taking it for a test drive. You’d be crazy to invest thousands of dollars in a car without checking out how it runs.

And yet I encounter writers all the time who invest thousands of words, and sometimes hundreds of pages, in an idea that either (a) won’t fly no matter who writes it, or (b) just isn’t an idea that specific writer can live with for the year or more it takes to turn a concept into a novel.

And from me to you: it’s hard to throw away thousands and thousands of words. And the psychic imprint of that unfinished novel lingers there for a long time afterward, unloved and unlovely, the avocado-green refrigerator of the imagination.

Both of the novels I abandoned were bad ideas, and I was months and months into the writing process before I realized it, so I speak from experience.

So test-drive that idea.

You’re essentially going to be married to it. For a year or two (or three), you’ll live with that idea. You’ll spend hours a day with it.

The way to test-drive an idea is to ask yourself some questions about it, preferably in writing. In other words, before you write the idea, I suggest that you write about the idea. (* More about writing about at the end of this piece.)

How do you write about your idea? Ask yourself some questions that are designed to focus you on the strengths of your basic idea and also to evaluate whether it’s an idea that will continue to interest you throughout the long process of turning it into a novel.

Here are some really basic questions for you.

Is this a book I’d want to read? What makes it a book I’d like to read?

Why does it interest me?

What makes me the right writer for it?

What about the idea interests me intellectually?

What about it interests me emotionally?

What about it entertains me?

What kinds of readers will love this book? Who are they? What will they like about it? What other kinds of books, or what writers, do they love?

How does the idea relate to what I know—am I equipped with the necessary knowledge or frame of reference? If not, am I willing to do the necessary research?

And—most important—how much do I care about this idea? Does it touch on things that matter deeply to me?

You’ll come up with some other questions if you give it a few minutes.

Here’s what you want to find:

The book you should be writing, a book that means enough to you to marry it, to live with it intimately for at least a year or maybe two; an idea you care about, that you’ll be faithful to, forsaking all others, both in sickness (when things suddenly go sour) and in health, when things are just flying along.

At the end of this exploration—which could take you an hour, a day, or a week—I suggest you commit to writing, possibly for the first time, this idea of yours. A good way to start it is with the formula, this is a story about someone who … Two examples: “Hamlet” is the story (okay, okay, on one level) of a prince who comes to suspect that his father, the King, was murdered by his uncle. “Oedipus Rex” is the story of a man who tries to sidestep his destiny.

Do that with your idea and then spin it out to a hundred words or so and see (a) what it looks like, and (b) how much you actually know or don’t know about it. And don’t worry if you don’t know how it’s going to come out. It’s much more important to understand the central characters and the basic situation than it is to have the whole story plotted out. (Much more about this later.)

For years, I’ve wanted to write a mystery called Dark Matter set at the Mount Wilson observatory in the 20s and the 30s, when Edwin Hubble and some other extraordinary scientists were literally discovering the modern universe—unimaginably enormous, expanding, possibly unstable, and with vast amounts of missing matter. (Only about 5% of the matter in the universe is visible, and nobody has the faintest idea where—or what—the other 95% is.) It’s great material—these men were inventing astronomy as they went along, they lived in a sort of monastery (very few women were allowed on the mountain), and what they were seeing through their telescopes contradicted every common-sense idea about the universe in which we came into being.

I believe it’s a wonderful idea, and I’d love to write it. But it’s not for me. I don’t know very much about physics or cosmology, for one thing. I don’t know how scientists think. I don’t know what life was like in the 20s and 30s, and I’m too lazy to find out. So I’ll probably never write Dark Matter. But it sure is a cool title. (And one that’s been used recently by a fine writer named Greg Iles.)

So it’s not my book. Maybe it’s yours.

* We’re going to come back to the idea of writing about several times before we’re done. Writing about is a lower-pressure way of exploring your book. You’re not writing your book, you’re writing about your book. Don’t worry about how it reads. No one but you will ever read it. You don’t need to worry about the prose style or the organization, or dialogue, or much of anything. All you want to do is get your thoughts on the page to explore and clarify them. It’s a good thing to do extensively when you’re getting started, and it can be a life-saver when you get blocked.

Ed. note: This is the eighth post in a series. Check out the Table of Contents to see what’s in store, and be sure to come back next week for a new installment.