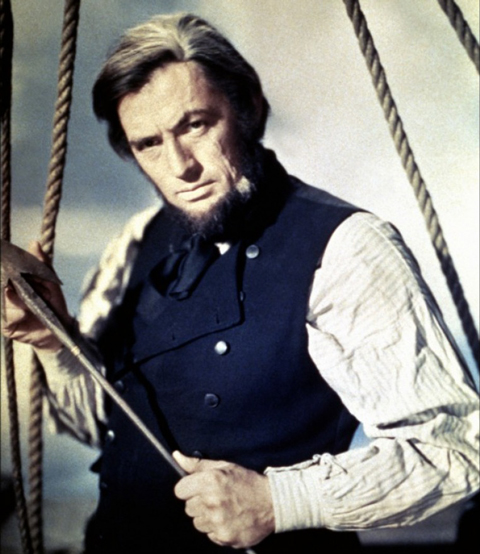 Who Tells Your Story?

Let’s say your idea seems to fly. Every time you think about it, ideas bombard you from all directions. The situation entertains the hell out of you. It deals with things you care about deeply. You’re pretty sure you understand the main characters. You know you’re the right person to write it. In short, it seems fertile, fascinating, and pretty much perfect.

When you sit down to put it on paper, a really basic question will (or should) immediately present itself:

You have an idea—a situation, some characters, a sequence of events, maybe even an ending. (Lucky you—I never have one.) You have to figure out how to tell your tale, and one of the most basic decisions is who’s telling it.

In other words, you have to choose a point of view.

There are only so many people who can tell any given story. Choosing the right point of view to tell yours will improve the way the story reads and increase your chance of finishing. Telling even a good idea in the wrong point of view can make it harder to write and less enjoyable to read.

Here are the most commonly used approaches.

1. You (the writer) tell your story, the same way you would if you were entertaining people around a campfire. This means that the narrator (or the novelist—in other words, you) isn’t a character in the story and doesn’t even have a name. The narrator is simply an anonymous storyteller, trying to keep the reader interested. This approach is going to be in the third person, meaning “him or her” and “them” rather than “I” and “we.”

The series I’m now writing is in the third person. My point of view is that I am essentially the voice at the campfire, the one who sees the whole story and is trying to tell it in the right order and in the right tone (more about tone later) to keep the reader turning the pages. Most of my earlier novels were in the first person point of view, so writing in the third person is a change for me, and I’m enjoying it for several reasons. I can take the reader anywhere in the story’s world, for example. In first person, generally the writer can only take the reader where the character who is narrating the story goes. A third-person narrative sets the writer to take the reader anywhere.

In my Bangkok books I’m using a somewhat limited third-person point of view. That means that most of the time, I’m following my central character, Poke Rafferty, but still writing occasional scenes in which he’s not involved. These tend to be scenes that set up new aspects of the story, things Poke doesn’t know about. The goal is usually to make the reader aware that something potentially important is happening, usually without explaining it completely. (That’s one way to keep them reading.)

Certainly the most successful books written from this anonymous-narrator, third-person perspective are J.K. Rowling’s Harry Potter books. Rowling focuses primarily on her main characters, but also writes scenes in which they don’t appear. If you want to write in the third person, you might take a look at one or two of Rowling’s books and ask yourself this question: When she stops showing us Harry and his friends and takes us somewhere else, why does she do it?

The biggest problem with third-person is also one of its advantages: you can take the reader anywhere. Many, many books fall apart because the writer takes us too many places, introduces us to too many characters, creates too many settings. Why? Because writing in the third person means that he or she can. But what happens is that the book loses focus, and the reader loses interest.

2. One of your characters tells the story. This is the other most common approach. The story is told by someone who participates in it. The narrator is often the main character, but it doesn’t need to be. (Remember, the Sherlock Holmes stories aren’t told by Holmes but by Watson. And Ishmael, quoted at the top of this page, is hardly the main character in Moby-Dick.)

Books told from a character’s perspective are usually in the first person: “I” and “we,” in other words. “I was just beginning to like her when she got killed” is a first sentence from books of mine.) Lots of detective fiction is written in first person, for at least one obvious reason—readers see the clues at the same time the detective does so they can compete with him or her to solve the puzzle.

Another great advantage of telling your story through the point of view of one of your characters is that you’re showing the reader the world of the novel, and the people in it, through that character’s personality. This character’s perspective helps your reader to know how to feel about things. Watson is in awe of Holmes, and so are we. Raymond Chandler’s Philip Marlowe is cynical on the outside and principled on the inside, and we share the anger he feels toward the corruption of the world.

The biggest challenge of first-person writing is that we can only go where the narrator goes. We can only see and hear what the narrator sees and hears. The writer has to tell the entire story from the perspective of only one of the people who is in it. If he/she wants to tell us more, then somebody usually has to tell the narrator what happened (and these are often deadly scenes) or we get awkward passages like, “It wasn’t until two weeks later that I learned the real reason she didn’t show up.”

Another challenge of writing in the first person is that the writer has to remain true to the character in the way he/she tells the story. If your first-person narrator is a New Yorker who hates the countryside, this is not the book in which you will finally use that heartbreakingly beautiful description of a sunset that you thought up a couple of years ago. Your narrator wouldn’t even notice the sunset, except maybe to worry about mosquitoes. If your narrator is emotionally reserved, you’re not going to be able to put your own sensitivity on display—at least, not in the narrative. You could, of course, have another character describe the sunset or display some sort of exquisite sensitivity, but even then we’re going to see it filtered through the point of view of your sunset-hating, emotionally constipated narrator.

3. Multiple characters tell the story. This can be a little tricky, but it can also be very effective. The primary challenge here is focus: we need to be certain who we’re supposed to care most about and whose story it actually is. But some interesting books have been written with multiple narrators.

4. An uninvolved character’s perspective: This is relatively rare. Some of Joseph Conrad’s novels about the South Seas and Malaysia are told by a character named Marlowe, who’s talking to another character who’s just sitting there listening (and extremely patiently, too). So the story begins with an unnamed first-person narrator who sets up Marlowe and gets him talking, and then it moves into Marlowe’s story, a story in which Marlowe is much more an observer than a participant. It works for Conrad, but Conrad is a great writer. I wouldn’t try it, myself.

The point of view you select may be the most basic decision you have to make, but you also need to think about how the story will be told. What’s the tone? What tense is it in? (Don’t laugh.) More on both of those issues coming up.

Ed. note: This is the ninth post in a series. Check out the Table of Contents to see what’s in store, and be sure to come back next week for a new installment.