From the Soho Archives: Patricia Carlon 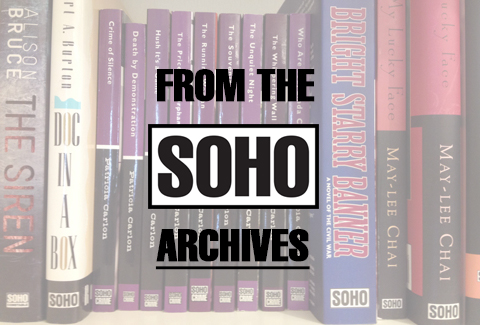 I recently dug through old files from deep in the vault here at Soho, and I was delighted by what I found. As a press that began in 1986, Soho has accumulated a number of interesting artifacts over the years, including: author photos, handwritten correspondence, old dust jackets, newspaper clippings, and more.

Today, I bring you some artifacts from the file of late, great Soho author Patricia Carlon (1927-2002).

Here’s a wonderfully creepy dust jacket from a British edition of one of Carlon’s fourteen books Hush, It’s a Game. 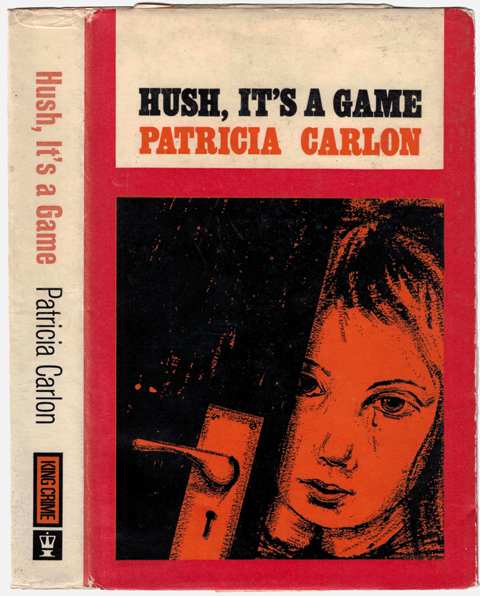 This amazing photograph of Patricia is what initially caught my eye, along with the caption: Known in Bexley as the cat lady. 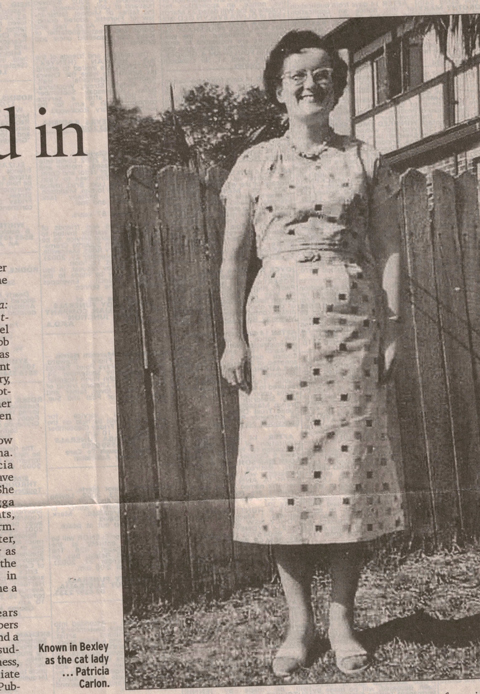 A homebody and an enigma for much of her life, Patricia went deaf at the age of 11, but was known for being an avid letter writer. Here’s an excerpt from one of her letters. 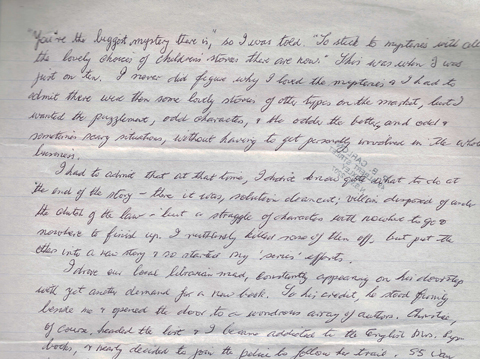 “You’re the biggest mystery there is,” so I was told. “To stick to mysteries with all the lovely choices of children’s stories there are now.” This was when I was just ten. I never did figure why I loved the mysteries and I had to admit there were then some lovely stories of other types on the market, but I wanted the puzzlement, odd characters, and the odder the better, and odd and sometimes scary situations, without having to get personally involved in the whole business.

I had to admit that at the time, I didn’t know quite what to do as the end of the story—there it was, solution clean cut; villain disposed of under the clutch of the law—but a straggle of characters with nowhere to go and nowhere to finish up. I ruthlessly killed some of them off, but put the others into a new story and so started my ‘series’ efforts.

I drove the local librarian mad, constantly appearing on his doorstep with another demand for a new book. To his credit, he stood firmly beside me and opened the door to a wondrous array of authors. Christie, of course, headed the lot and I became addicted to the English Ms. [??] books, and nearly decided to join the police to follow her trail.

Stay tuned for the next installment of the Soho Archives.