Otto Skorzeny: A Work of Fiction? 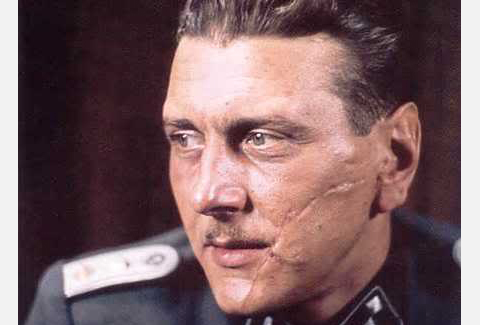 Soho Crime author Stuart Neville included the Nazi war criminal, SS Lieutenant Colonel Otto Skorzeny, as a character in his novel Ratlines. The novel vividly portrays Skorzeny’s legendary malice, his imposing physical stature, and, above all, the seemingly impenetrable force of his psyche.

But while Ratlines is a work of fiction, many of the stories comprising Skorzeny’s mythic biography are accepted as fact. But should they be?

In an essay posted in his blog, Neville explores these stories, parsing fact from fiction, and comes to the conclusion that like Skorzeny himself, his legacy is much more complicated than meets the eye, or the page.

He stood 6’4”, had shoulders like an oak beam, and bore a scar that ran from his left eye to his chin. The British called him the most dangerous man in Europe. He was Hitler’s favourite commando. He rescued Mussolini from his traitorous countrymen before they could hand Il Duce over to the Allies. In a glider. From a mountaintop.

This infamous warrior’s post-war years were no less colourful, with key roles in such Bond-esque gatherings of super-villainy as ODESSA, the Nazi old-boys’ club made famous by Frederick Forsyth, and the Paladin Group, a network of mercenary training schools and armies-for-hire. In Argentina, he saved Eva Perón from assassination, had an affair with her under the president’s nose, and left South America with the $800,000,000 fund that Martin Bormann had siphoned from the Reich’s own coffers as it collapsed at the end of the war.

Any brief biography of SS Lieutenant Colonel Otto ‘Scarface’ Skorzeny reads like a character sketch from an Ian Fleming novel. A legend in his own lifetime, his exploits are spoken about in the kind of reverent tones normally reserved for the greatest of combat heroes, not an accused war criminal who escaped custody before he could fully face trial. But if Skorzeny’s resume reads a little too much like a far-fetched adventure story, it might be for good reason. If this real life Bond villain seems like he stepped from the pages of fiction, perhaps it’s because his legend is almost entirely that: fiction.

Read the rest of the essay at www.stuartneville.com. And be sure to check out Ratlines as well, available this month only as a $1.99 ebook.