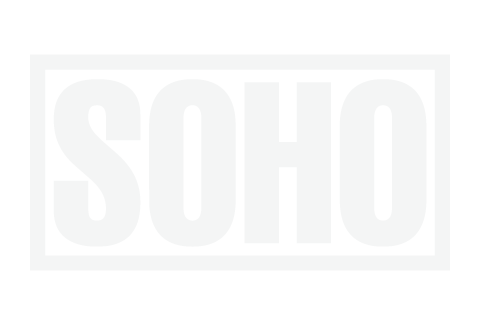 Magda Lyle’s day has started no differently from any other. Up at six, shower, quick decision what to wear, strong, bracing coffee followed by a short, brisk walk along one of the local woodland trails with her boisterous West Highland terrier, Blanche. They always make for the same open area where the dog can come off the leash and fetch the ball and challenge Magda to get it back, with the result that both have a joyful, energising start to the day.

This will be the only exercise she gets today because there is no chance at HMP Bream, where she is a governor. Long hours, mostly behind a desk, with few days off, will undermine anyone’s fitness. True, there is a gym in the basement supposedly for the use of staff as well as offenders. Some of the prison officers work out there, but Magda is sure anyone of her level shouldn’t use it.

She’s young for the job, at thirty-six, having earned a reputation for managing prison staff and offenders with firmness tempered with fairness. With a good degree in law from Edinburgh, she signed up for the National Offender Management Service graduate course and sailed through. Successful spells of three to five years at various Category C prisons were rewarded by an assistant governor post at the women’s closed prison at Eastwood Park, Gloucestershire. From there, after four years, she became the only woman governor at the privately run Category B men’s prison at Bream, and now she’s into her third year. The move to an all-male institution was a daunting step-change, but a necessary one to make to progress in this career. So far so good.

Now she lives alone in a two-hundred-year-old iron-worker’s cottage on the edge of the Wye Valley with a magnificent view over Tintern, a fine compensation for the confines of the job. Boyfriends? A few, over the years. Relationships? Only one that she’d call serious and that ended when she’d moved south. There’s a lot to be said for the single life spiced with dates with male friends she has got to know since moving to this part of the country—two farmers, a sculptor, a taxi driver, and a church organist who turned out to be the hottest of the lot.

This morning she and Blanche have met no one. Occasionally on their walks they wish the time of day to backpackers making an early start, burdened with so much that it’s hard to see how they can stay on their feet for an hour. Often they are foreign tourists wanting to know if they are on the right route to the Devil’s Chimney, the local viewpoint. By the time you get there, sunshine, you’ll be in need of a chair, Magda thinks. You won’t find one.

Blanche can go off the leash now.

Scampering ahead in the morning sunlight, familiar with the route, she regularly goes out of sight on the winding path, but it’s never a worry. For one thing, the little dog’s white coat will soon be visible again, and for another, she is so responsive that she’ll always come when called. Today she is waiting with ears pricked and tail going like a windscreen wiper on high when Magda rounds the next bend.

She seems to have found an item of interest and wants congratulating.

When Magda steps closer and sees what is lying across the path, her blood runs cold.

A snake, with the unmistakable marking of an adder, head propped against its coiled body, poised to strike.

Westies are doughty fighters. They will take on anything. Adders aren’t usually aggressive, but they’ll bite the face or foreleg of a dog that comes too close.

Magda swoops, grabs Blanche under the chest and scoops her up in one movement. The serpent slithers away into the bracken.

You never know what lies in wait for you.

Blanche wriggles in Magda’s arms, wanting to give chase. Being snatched up and squeezed is no reward for a fine discovery.

As for Magda, she is shaking. She isn’t sure how she would have coped out here on the hillside with her dog bitten by a snake. In other stressful situations—say with a troublesome offender inside prison—she has no trouble controlling her emotions, but this has come as a shock. None of the locals have ever mentioned adders. Here on familiar terrain in the sunshine she’d never dreamed of danger along the way. Somewhere in her memory is a line from Shakespeare about the bright day bringing forth the adder—“and that craves wary walking.”

Ultra-wary. She won’t let Blanche run free for the rest of the walk.

Fully five minutes pass before it crosses Magda’s mind that clutching the dog to her chest like Dorothy with Toto in The Wizard of Oz is an overreaction. After a careful check of the path ahead she clips on the lead and lowers Blanche to the ground.

She allows Blanche, straining for more freedom, to tug her as far as the open stretch where they usually play fetch. No chance of going off the lead today. A few pathetic trots across the glade have to suffice for entertainment. Quite soon Magda decides they’ve done more than enough for this blighted morning. With time in hand, they start up another trail that will lead them to the cottage.

She is still going over the incident in her mind, wondering if the hillside is infested with adders and thinking there is no certainty that a different route will be any safer, when the cottage chimney comes in sight. At this point, Blanche likes to race ahead and be waiting by the front door. Poor little pup, she hasn’t had much fun.

Blanche hesitates and looks up for a clue as to what to do next. People can be unpredictable.

Magda pockets the lead, takes out her key and follows. There’s time for more coffee and a bite of toast before she drives to work.

Unusually, she hears barking from Blanche. In the garden two pigeons take flight with a clatter of wings and she guesses the reason. Pigeons were put into the world to be bullied by small dogs.

She lets herself in, drops two slices into the toaster, goes to the bathroom, puts on some face, returns to the kitchen, microwaves a mugful of coffee from the pot she made earlier, and switches on the TV. Not much is happening in the world. Yet another survey about chronic problems in the health service is being debated. Some time they’ll get around to the overcrowded, underfunded prisons. It will take a mass breakout to achieve that.

She empties the dregs of the coffee, fills the dog bowl with dry feed and mixes in a tablespoonful of wet food from the tin and then looks down.

Where is the dog?

Still in the garden no doubt, distracted by those pigeons.

Magda goes to the door and opens it.

Blanche should have charged straight past her and into the cottage, huffy at being forgotten, but she hasn’t.

A missing dog is the last thing Magda needs when she’s about to leave for work.

“Blanche, where are you? Come on, sweetheart.”

She steps out and looks right and left. The pigeons have returned and brought reinforcements. Six or seven are strutting all over the front lawn as if they own it.

She calls out again and moves around the side of the cottage towards her vegetable patch and the woodshed. This is so unlike Blanche, who will know breakfast is ready and adores her food.

Still there is no sight of her. No sound except the territorial cooing of the pigeons.

A horrid possibility lodges in Magda’s brain. Has Blanche gone back to search for the adder? If she has, and she finds one, the outcome doesn’t bear thinking about.

One last place remains to be checked. Behind the cottage is a stone wall with ivy growing up it. Magda rarely ever looks along the narrow space between the building and the wall.

She turns the corner and gasps.

A hooded man grabs her by the arms and forces her face against the wall.