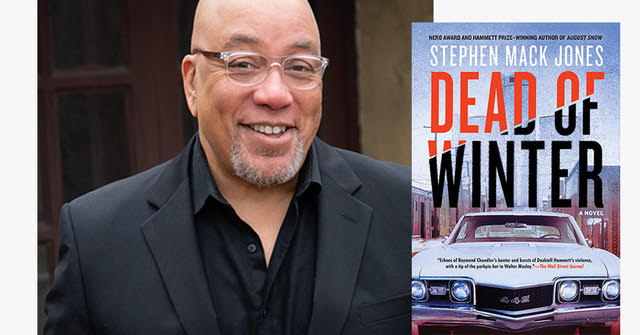 Need a new chapeau? A fresh lid-look? Fedora or porkpie? Dress, casual, or country gentleman? Selentino, Stefano, Guerra or Cellini? If you’re considering a distinctive new crown for your cabeza, tip your lid in the direction of America’s oldest hat store: Henry the Hatter. Adorning domes since 1893, right here in “The 313.” (For the uninitiated, “313” refers to Detroit’s area code. Use this reference to Detroit anywhere in the world—Baton Rouge, Berlin, Sydney, Oslo–and people will acknowledge you for the in-the-know, groovy hepcat you truly are.)

Admittedly, neither August Snow nor myself wear stylish hats very often; for guys like us, a well-worn Tigers baseball cap bearing the Old English “D” or a Detroit Lions cap with the lion logo will do nicely. (Yeah, our NFL team may suck dead donkey balls, but you have to admit that Big Cat logo in “Honolulu blue” looks rakish.) Of course, perusing the offerings of Henry the Hatter, one can’t help but see a thousand possible intriguing personas: Snarky Crime Novelist or ’40s Gumshoe. Jazz on Vinyl Aficionado. Cuban Cigar Devotee. Someone Who Makes the Word “M***********” Sound Like Poetry. (I’m looking at you, Samuel L. Jackson.) Duplicitous Foreign Agent. Scottish Highland Lassie. Wealthy Riviera Widow. Or Sunday School Teacher (Who Shuns Knickers).

Henry the Hatter was founded by Detroit native Henry Komrofsky on Gratiot Avenue. He opened his doors the same year US Marines forced the removal of Hawaiian Queen Lili‘uokalani and Henrik Ibsen’s play The Master Builder premiered in Berlin. Only a year later, Thomas Edison’s New Jersey studio showed the first ever movie close-up of a sneeze which, I’m sure, had the same traumatic impact as Michigan-born-and-bred screenwriter Paul Schrader and director Martin Scorsese’s 1976 film classic Taxi Driver.

Before I go any further, I’d like it known that I’ve received no compensation—money, hats, walking sticks or otherwise—for this little bon mot about Henry the Hatter. Lord knows I’d love compensation as I am a writer with a mortgage, too many streaming services, a new-book addiction and occasional anxiety issues. That said, I’ve received no payola. I’m just proud to say I live less than a forty-minutes’-drive from America’s oldest hat store. As previously mentioned, I’m not much of a hat guy. Not for any particular dislike of hats, but frankly I’m not really confident either August or myself can pull off the lidded look. Which look you ask? Well, I leave that up to you: Take a gander at www.henrythehatterdetroit.com then drop me a note at www.stephenmackjones.com. Tell me which hat(s) you’ve selected for either myself or August and why these particular hats work well for us. It’s quite possible, your selection may appear in a new August Snow thriller and/or my new author photo with a hat credit shout-out to you!

Henry the Hatter will gladly ship your order—whether it’s to Redwood, California, or the Australian Outback. Just tell ’em August Snow sent ya—and when they say, “Who?” just say, “Never mind” and proceed with your order.