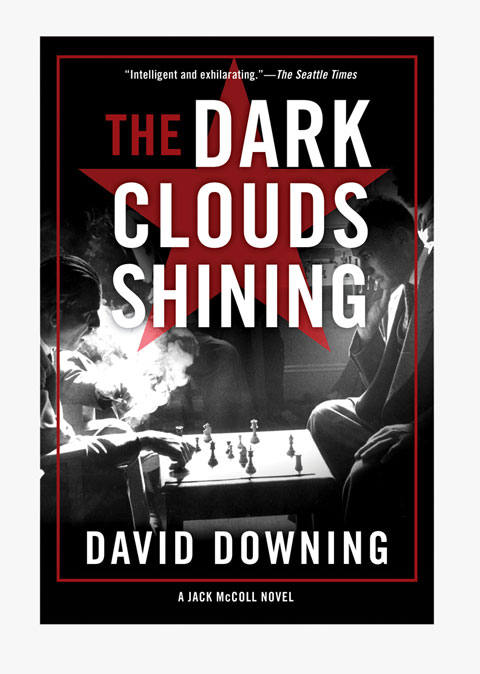 David Downing’s masterful espionage thriller The Dark Clouds Shining is out in paperback this week.

The book is the final installment in the Jack McColl novels, four novels that follow MColl, a car salesman-turned-spy for His Majesty’s Secret Service as he is sent on epic adventures around the world in the WWI era. Jack must navigate geopolitical catastrophe, brewing revolutions, and romantic entanglements as he serves the British Empire.

In Dark Clouds, Jack is sent to Soviet Russia, where the civil war is coming to an end. The Bolsheviks have won, but the country is in ruins. With the hopes engendered by the revolution hanging by a thread, plots and betrayals abound.

To celebrate the paperback release, Soho Crime is having a weekend sale:

Purchase The Dark Clouds Shining (in PB or EB) and any other title in the Jack MColl series is yours free.

Use the coupon code “JackMcColl” during the checkout process.