The Maigret of the Mekong 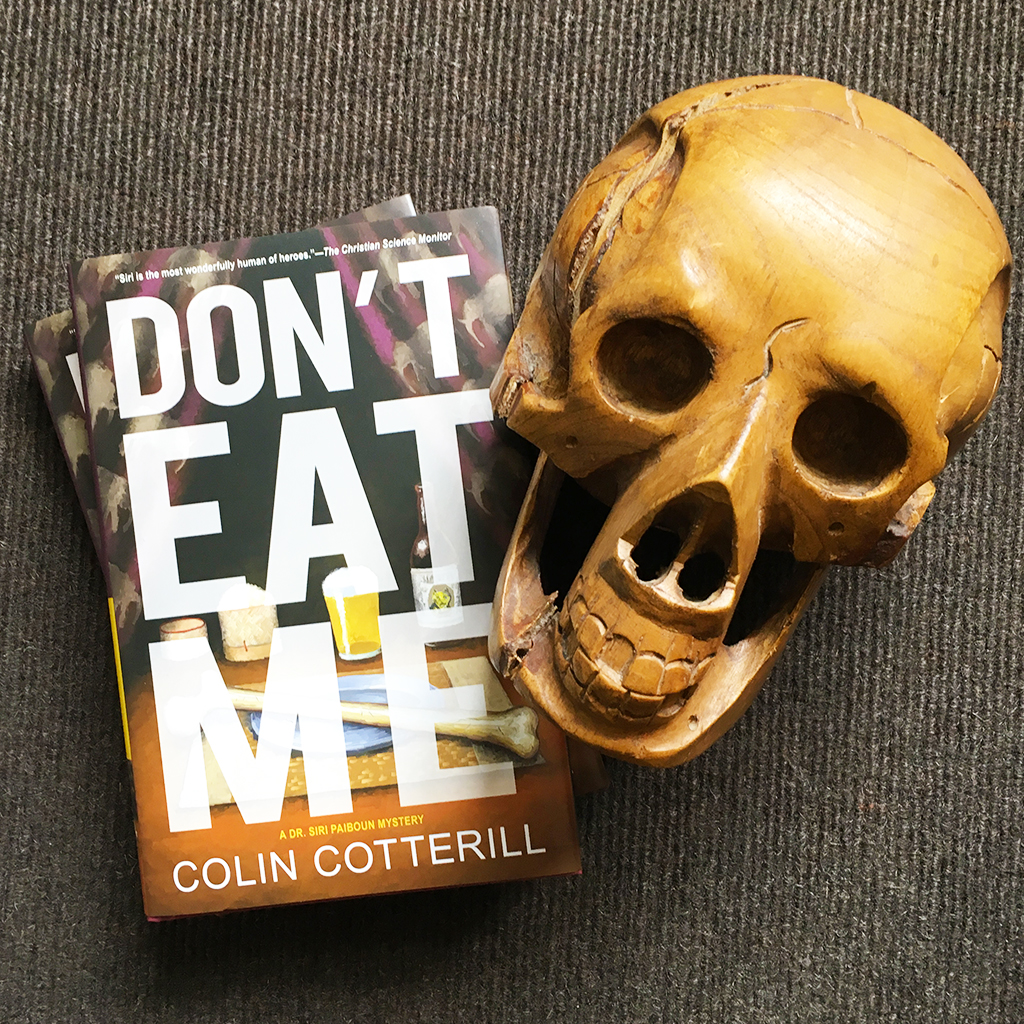 Colin Cotterill is the featured author over on Discover Mysteries, and there is a fun, comprehensive essay about his Dr. Siri Paiboun Mysteries set in Laos …

In typical Cotterill fashion, Don’t Eat Me begins with a surreal crime that defies logic: a woman trapped in a wooden cage, surrounded by nineteen glowing eyes with a ravenous appetite. Later, a skeleton covered in animal bites is discovered in front of the Anusawari Victory Arch after curfew. The only vehicle in the area that late at night was a government limousine, which was seen being driven by an inebriated official. Meanwhile, Inspector Phosy has to pull in Siri and Civilai who were seen smuggling arms across the river. Little does he realize that it wasn’t arms, but a movie camera, fallen off the truck in Thailand during the shooting of The Deer Hunter. Now, Siri and Civilai have to figure out how to get past the government censors and film their magnum opus, an adaptation of War and Peace transported to Laos and loosely based on their own lives.

Corpses, corrupt government officials, and communiques from the spirit world—it’s all in a day’s work for Siri and company.

There’s also a #SiriSale for new subscribers to the Discover Mysteries newsletter. Be sure to sign up today for more details!

Head over to Discover Mysteries to learn more