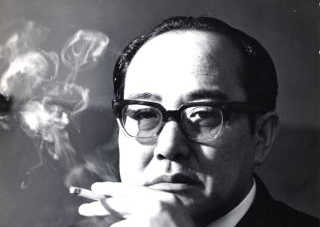 Akimitsu Takagi was born in Aomori City in Aomori Prefecture in northern Japan. He graduated from the Daiichi High School and Kyoto Imperial University, where he studied metallurgy. On the advice of a fortune teller, he decided to become a writer. He then went on to write many great crime novels including, The Informer, Honeymoon to Nowhere and The Tattoo Murder Case. He received the Tantei sakka club sho (Mystery Writers Club Award) for his second novel, the Noh Mask Murder Case in 1950. He passed away at the age of 74 in 1995.