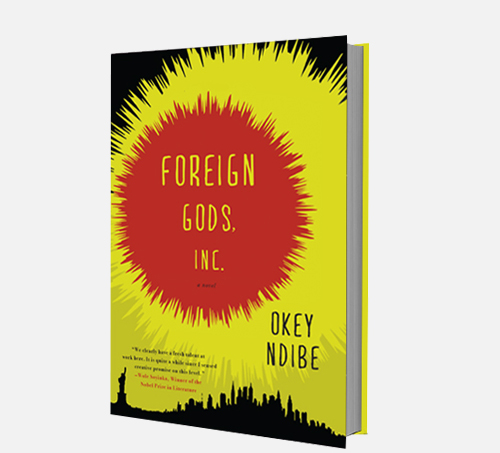 Foreign Gods, Inc., tells the story of Ike, a New York-based Nigerian cab driver who sets out to steal the statue of an ancient war deity from his home village and sell it to a New York gallery.

A meditation on the dreams, promises and frustrations of the immigrant life in America; the nature and impact of religious conflicts; an examination of the ways in which modern culture creates or heightens infatuation with the “exotic,” including the desire to own strange objects and hanker after ineffable illusions; and an exploration of the shifting nature of memory, Foreign Gods is a brilliant work of fiction that illuminates our globally interconnected world like no other.

“We clearly have a fresh talent at work here. It is quite a while since I sensed creative promise on this level.”—WOLE SOYINKA, WINNER OF THE NOBEL PRIZE IN LITERATURE