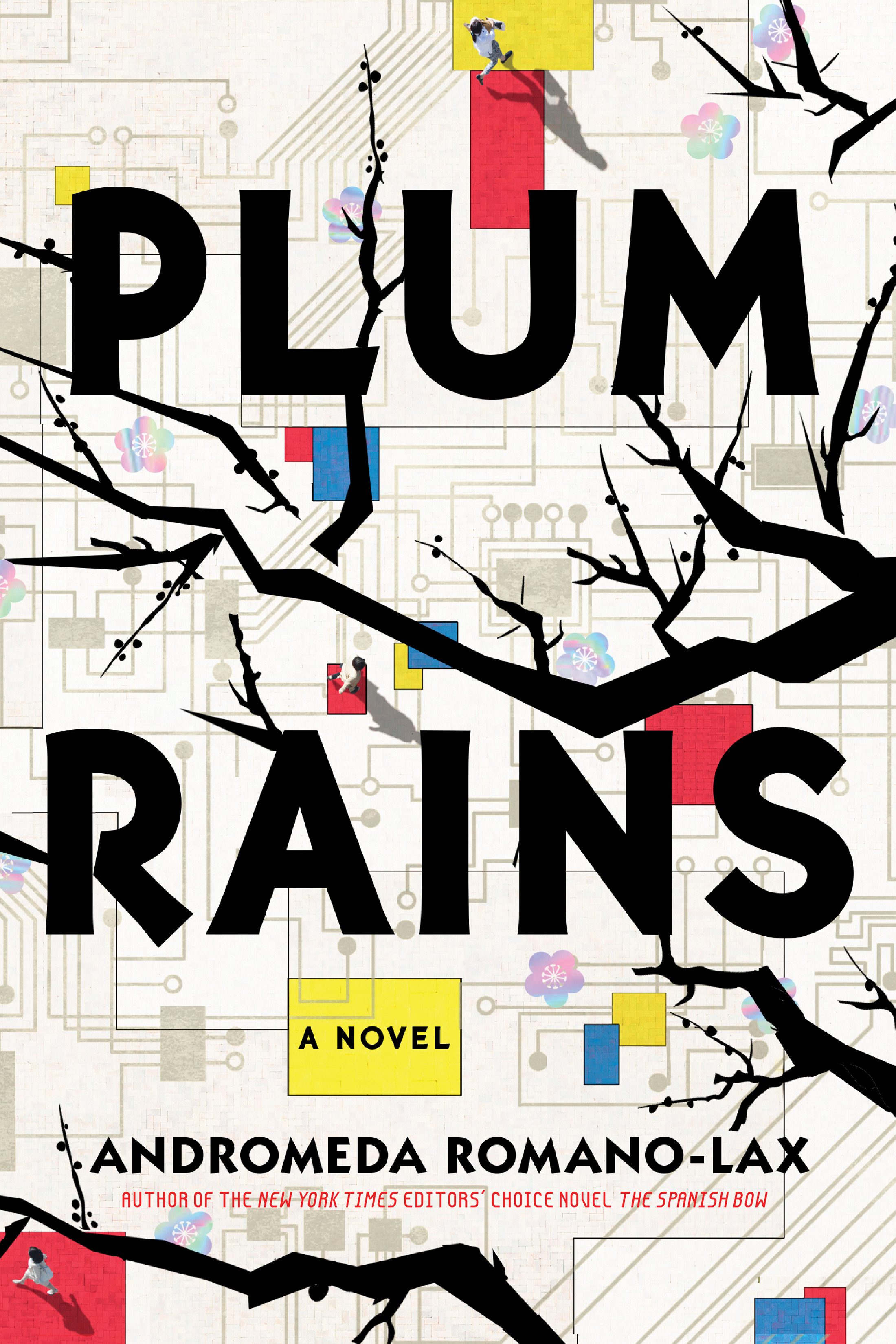 “[Plum Rains is] Scorching . . . By detailing how the study of human behavior differs from understanding people, and how smart women can miss the obvious and make mistakes, Romano-Lax sheds a harsh yet deeply moving light on feminism and psychology, in theory and in practice.”

And the New York Times Book Review states that the book is:

2029: In Japan, a historically mono-cultural nation, childbirth rates are at an all-time low and the elderly are living increasingly longer lives. This population crisis has precipitated the mass immigration of foreign medical workers from all over Asia, as well as the development of finely tuned artificial intelligence to step in where humans fall short.

In Tokyo, Angelica Navarro, a Filipina nurse who has been in Japan for the last five years, works as caretaker for Sayoko Itou, a moody, secretive woman about to turn 100 years old. One day, Sayoko receives a present: a cutting-edge robot “friend” that will teach itself to anticipate Sayoko’s every need. Angelica wonders if she is about to be forced out of her much-needed job by an inanimate object—one with a preternatural ability to uncover the most deeply buried secrets of the humans around it. Meanwhile, Sayoko becomes attached to the machine. The old woman has been hiding secrets of her own for almost a century—and she’s too old to want to keep them anymore.

What she reveals is a hundred-year saga of forbidden love, hidden identities, and the horrific legacy of WWII and Japanese colonialism—a confession that will tear apart her own life and Angelica’s. Is the helper robot the worst thing that could have happened to the two women—or is it forcing the changes they both desperately needed?

Angelica was hurrying toward the crowded crosswalk, determined to get back to her elderly client Sayoko-san before the deliveryman arrived, when the view of buildings and business suits in front of her dissolved.

The heart of Tokyo at 4:07 p.m., improbably on pause. A sharp whine and then static; a muffled white-noise pulse.

Someone else might have thought: terrorism. But Angelica’s mind reeled back only to what she’d known personally, growing up in the rural Philippines: the chaos of nature itself.

Not again—the first thought of anyone who has lived through tremors, tsunamis and typhoons. Her fingers went to the tiny gold cross at her throat.

Angelica did not stagger so much as melt. The concrete smacked her cheekbone just as the light seemed to leak out of the world. She took the biggest breath she could, like a diver preparing to go under, filling her lungs with the last clean air she might ever have, while behind closed eyelids, images from her childhood formed: looking up through the rubble to the gray Cebu sky, one arm protecting her head, one hand trapped, the other free, dusty fingers struggling to flex above the ruin. Tabang! Help!