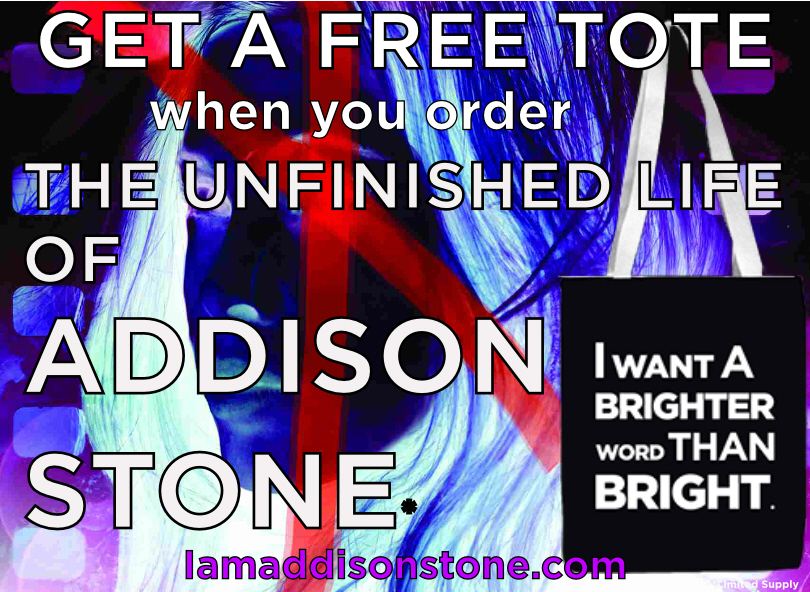 Addison Stone’s sudden death left nothing but questions; everyone felt they knew her best, but once she died it seemed to be so much smoke and mirrors. So I decided to find out: who was Addison, really? What were we to her? The tells her inner circle’s story. Now I want to hear yours. Write something; paint; sculpt; collage; take a photo. Just create something and post it. Give us your memories of her. Maybe together we can put our shattered butterfly back together.

This isn’t your average blog tour. Instead of a traditional interview, review, or guest post, we’re asking you to join in the spirit of The Unfinished Life of Addison Stone, a docu-novel that tries to get to the bottom of who Addison Stone really is. Obviously you don’t *really* know her–she doesn’t actually exist–but that doesn’t mean we can’t have fun pretending, right?

And have fun we did! Over 50 bloggers, 13 days, and a huge amount of creativity, here we have it. The blog tour for The Unfinished Life of Addison Stone. (Note: there’s tons more, including free swag, at iamaddisonstone.com.)

I Blog, You Read
Write All the Words!
Indiereadergirl0329
The Young Adult Connection
The Reading Addict

A Soul Unsung
Pretty In Fiction
A Dream Within A Dream

A Nook for Books
Parajunkee’s View