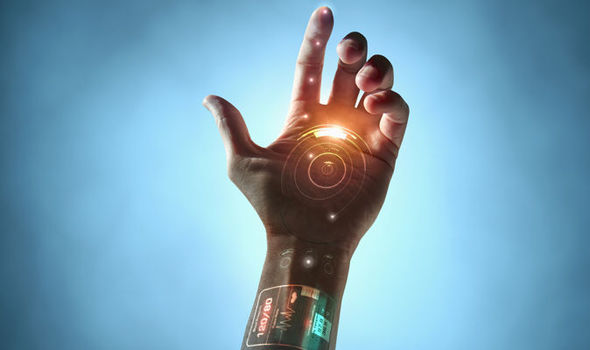 In the early 1920s, a Czech writer imagined a Utopia where efficient, mass-produced laborers served humankind. They were called “robots,” and since this first utterance, humanity has not been able to stop dreaming of them. To celebrate the release of Plum Rains by Andromeda Romano-Lax, we conducted some research on android fiction and chose some of our favorite books that showed this futuristic science fiction at its best.

Decades ago, android fiction was more fiction than fact, conveying human-like robots that protected us and followed orders. Today, with Sophia the Robot participating in high-profile interviews and tweeting celebrities, androids seem less like something from our imagination and more a real possibility for our not-so-distant future. So what has android fiction taught us? Will the world become a better place, or is something more ominous developing with each new technological advancement? 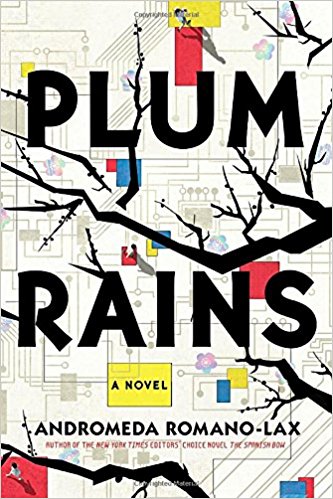 Plum Rains by Andromeda Romano-Lax
In Tokyo, Angelica Navarro works as a caretaker for Sayoko Itou, a moody, secretive woman about to turn 100 years old. When Sayoko receives a cutting-edge robot “friend” as a gift, Angelica wonders if she will be forced out of a much-needed job by an inanimate object. As the old woman becomes attached to the machine, she begins revealing a hundred years worth of secrets, including a confession that will tear apart her own life as well as Angelica’s. Is the helper robot the worst thing that could have happened to the two women—or is it forcing the changes they both needed? 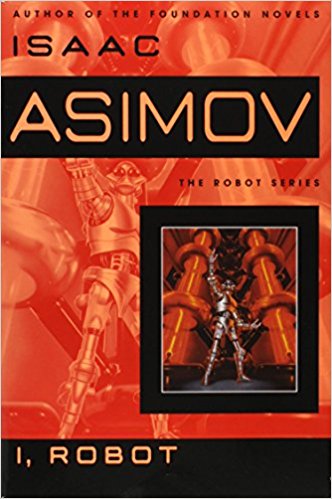 I, Robot by Isaac Asimov
In this short-story collection, Isaac Asimov defines the laws of the robot and its behavior through three simple directives: a robot must protect humans, it must follow orders, and it must protect itself. In his signature blend of science fact and science fiction, Asimov chronicles the development of the robot in these interlinked stories; from its origins to its perfection in the not-so-distant future—a future in which humanity itself may be rendered obsolete. 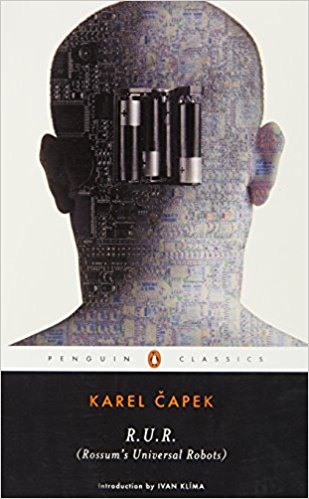 R.U.R. (Rossum’s Universal Robots) by Karel Čapek
Written in 1920, this visionary work of science fiction first introduced and popularized the word “robot.” Kick-starting this genre, and possibly even humanity’s desire for them, Čapek’s Robots are an android product—they remember everything but think of nothing new. When the Utopian life they provide for the humans begins to lack any true meaning, the Robots revolt, killing all but one of their masters. 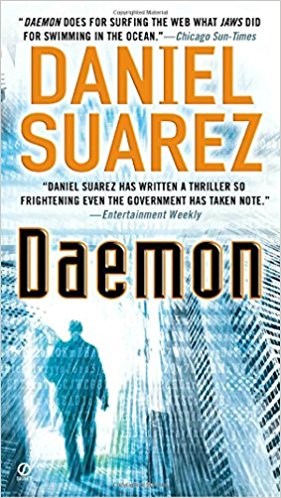 Daemon by Daniel Suarez
Daemons are computer programs that silently run in the background. They power almost every service, making the networked world possible—and vulnerable. In this New York Times bestselling high-tech thriller, a daemon activates after the obituary of a legendary computer game architect appears online, triggering a chain of events that begins to unravel the interconnected world. Still wondering how close we are to a world where we co-exist with robots? Entertainment Weekly called this novel “so frightening even the government has taken note.” 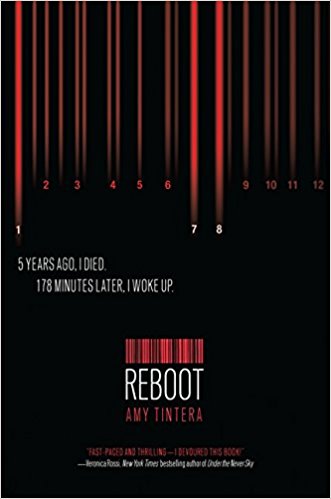 Reboot by Amy Tintera
This YA fast-paced thriller is perfect for fans of The Hunger Games and Divergent. When Wren Connolly died, 178 minutes passed before she returned from death as a Reboot, a deadly crime-fighting robotic soldier. Tasked with training Callum 22, a Reboot who is practically still human and a liability, Wren is eventually ordered to eliminate him. To save Callum, Wren will have to risk it all. 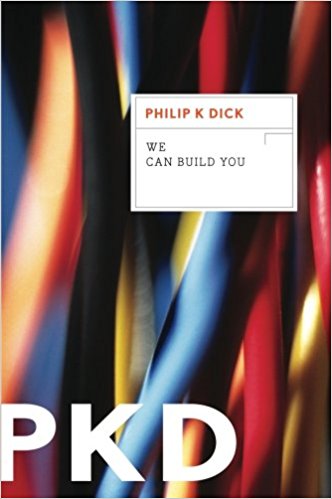 We Can Build You by Philip K. Dick
If you’re a fan of android fiction or sci-fi, then you’ve probably come across Philip K. Dick before. In this novel, Louis Rosen sells people—ingeniously designed, authentic robotic replicas of personages, such as Abraham Lincoln. His only buyer, though, is a shady businessman who may land Louis in jail. This story begs readers to ask the question: Is an electronic Lincoln any less alive than his creators? You may also want to check out Do Androids Dream of Electric Sheep? featured in 10 Books That Show What Happens When Technology Goes Awry. 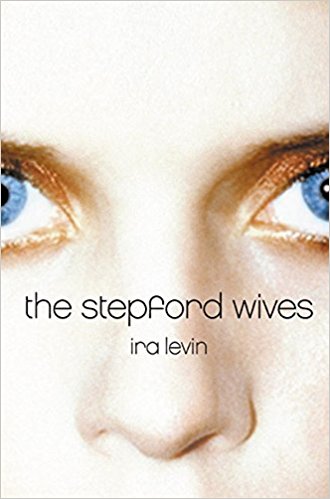 The Stepford Wives by Ira Levin
Leaving readers with more questions than answers, this novel hints at aspects of android fiction, intertwined with secrets buried within a small and idyllic Connecticut neighborhood. When Joanna Eberhart moves to Stepford, she begins to suspect that the frighteningly submissive housewives next door may be robots created and controlled by their husbands. This masterpiece of psychological suspense and satirical commentary shows a darker side of a society based on youth and beauty, and what happens when one does not fall in line. 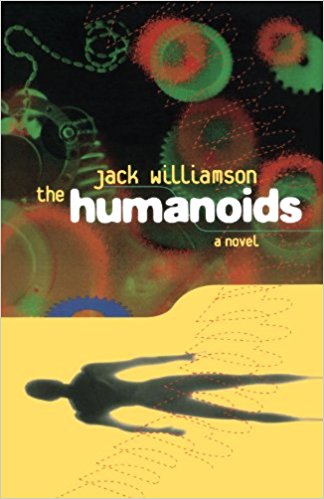 The Humanoids by Jack Williamson
Considered another classic of the genre, this novels begins on the far planet of Wing IV, where a brilliant scientist has just created humanoids—sleek black androids programmed to serve humankind. Slowly, the humanoids begin to spread to other planets all over the galaxy, threatening to silence the human race entirely. Created as the perfect servant, will these androids live up to their purpose, or instead become the perfect masters? 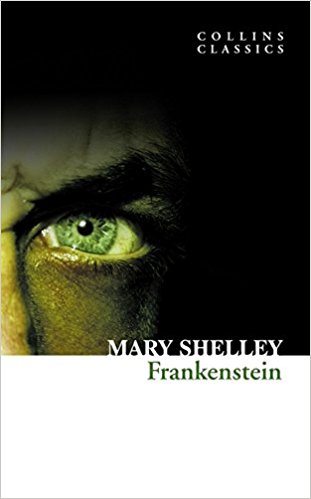 Frankenstein by Mary Wollstonecraft Shelley
Although Frankenstein’s creation is more monster than android, readers will still see elements of the genre in this classic novel. When young scientist Victor Frankenstein creates a cognizant being, he is repulsed by the monster and abandons it. The creature—a thinking, intelligent being—then goes out into a world it does not belong to, and as a result, the public violently rejects it. Readers today may be able to learn something from the universal themes Shelley draws upon: creation, the nature of existence, and the need for acceptance. 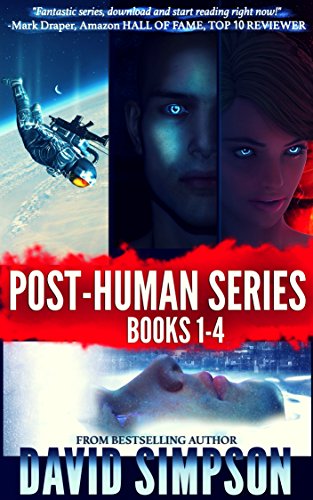 Post-Human by David Simpson
Set in the future, tiny microscopic robots called nans have fused with humans, allowing you to repair any damage to your body and download upgrades like intelligence, muscle strength, and eyesight. Humans were supposed to live a better life, have anything they wanted with a simple thought, such as the ability to fly or live forever. However, when it is revealed that all other humans in the solar system have been gruesomely murdered, James Keates and his companions must discover what happened in order to avoid the same horrifying fate. This is the second book in the Post-Human series, so you may want to check out Sub-Human to see where this journey of Artificial Intelligence begins.

Remember, Andromeda Romano-Lax’s Plum Rains comes out in stores this June, and is available here on Soho Press now.

Read more about the book, here.