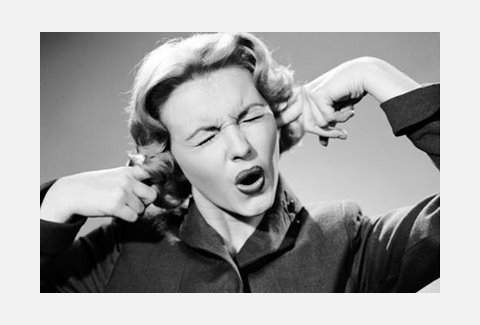 “I like to write for a reader I would enjoy talking to.” —James Salter

The written story, whether it’s a novel, a short story, or a two-paragraph word snapshot, is descended from the spoken story. Stories were told long before they were written. Even such complex epics as Homer’s Odyssey and Iliad were told (or sung) around fires for centuries before anyone wrote them down. I think it’s important—for new writers, especially—to remember that they are telling a story, and that writing is just the way they’ve chosen to tell it.

I hope that’s less confusing to you than it is to me. What I’m trying to get at here, is that 99 percent of the time, the best way to write a story is to tell it as simply as possible.

For some reason, many people who are entertaining talkers get hopelessly tied up when they try to write. The simplicity and force that makes their talk so lively deserts them when they write. Or, more likely, they think that writing is somehow more “elevated” than talking—maybe because the reader, unlike the listener, can go back and check it out again.

The first thing that usually goes out the window is simplicity. Instead of “The sun set into the Pacific,” we get something like “The glowing golden coin of the sun slowly deposited itself into the vast blue piggy-bank of the sea.”

Okay, well, maybe not that awful. But you get the idea. At its simplest level, many new writers just work too hard when they write. They go tone-deaf.

You see it in all sorts of ways. Characters don’t “use” something, they “utilize” it. They don’t “walk,” they “perambulate.” They don’t “say” something, they declare, affirm, confirm, deny, snap, snarl, or purr it. There’s no excuse for having written a sentence as obvious as, “Yes, he confirmed,” but I’ve read it in the work of two writers in my class—and they were good writers, too. If they’d been talking instead of writing, they never would have put it that way.

So my first piece of advice to new writers is usually, “Try to write the way you talk.”

The best way I know to do that is to picture your ideal reader—a person who will love your book—and then imagine that person is sitting across the table from you and listening as you write. You want to tell that person the story as directly and effectively as you can. Look at the line by James Salter at the top of this page, and notice that Salter’s ideal reader is someone he would enjoy talking to. (I know, I know—that sentence ends with a preposition. Salter did it on purpose, and so did I.) I’d suggest that your ideal reader should fill the same job description.

Amy Tan, who’s a writer I admire enormously, says she always reads her work aloud. This is another way to keep your writing simpler. I’d go further and suggest you read it aloud to someone you like and trust—someone like your ideal reader. It’s amazing how the better pieces of writing zip right by when you’re reading your work to someone, and how the less-good patches seem to take longer to get through. You can actually feel the energy—both yours and your listener’s—flag when the over-written material makes its appearance. Circle or underline those passages and keep reading. You’ll come back to them during your next writing session.

By the way, this is one of the most important functions of writers’ groups as far as I’m concerned. They give you an audience to read to. (They also keep you writing, so you’ll have something to read.)

There are some forms of fiction—historical novels, for example—where a more formal or more elevated style seems necessary. Or—another example—you may choose to write from the first-person point of view of a character whose style of speech is very different from your own. I would still suggest that you establish the tone and vocabulary you want and then keep it as simple as you can.

I want two things, and only two things, from the reader: I want (a) him or her to finish the book and (b) to have a good time doing it. And then, possibly, go look for another one. If I succeed at that, I’ve been clever enough.

Ed. note: This is the tenth post in a series. Check out the Table of Contents to see what’s in store, and be sure to come back next week for a new installment.