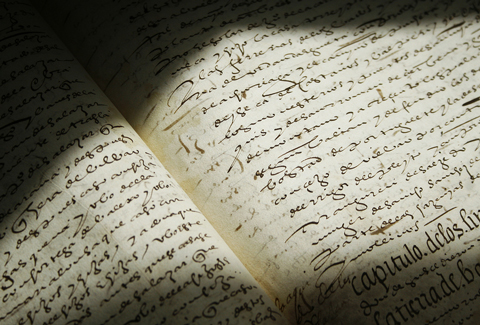 “Most persons would succeed in small things if they were not troubled with great ambitions.” —Henry Wadsworth Longfellow

You’re not going to write a novel today. Or even this week, or probably this month. All you’re going to do on a given day is move one or more characters from point A to point B, or halfway to point B, or make him or her realize that point B is someplace he or she wants to go. Or find an interesting way to describe an apartment house, or the sound that’s made by stiff, sun-dried clothes hanging on a line when the wind stirs them. And that’s a good day. If you can do that, day after day, you’re eventually going to have a book.

Or, if you’re really rolling, you might write an entire scene.

If the fundamental units of writing are words and sentences, the fundamental unit of the novel is the scene. I’m sure there’s a formal literary definition for the word “scene,” but I have no idea what it is. For me, a scene is a unit of story in which something changes. It has a beginning, a middle, and an end, and at the end something is different than it was at the beginning. It may be a character or a situation, or just our understanding of a character or a situation, but whatever it is, it’s changed when the scene is over.

Something has changed when it’s over.

The primary question I ask myself when I start to write a scene is whether it’s the right scene. Is this really where I want to go next? Is there someplace else that might be better? How does the scene move the story along? What does it tell the reader about the characters or the central situation? How does it reflect what’s at stake? Is it interesting and/or entertaining? If it isn’t, do I need it? If I do need it, how can I make it interesting and/or entertaining?

Much of the time, when I fall apart in a scene and can’t push it through to conclusion, it’s because of one (or more) of the following:

• I’m making a character do something he or she wouldn’t. I may have a predetermined idea of where the story should go next, and to get there I need to make a character do something that’s inconsistent with who he or she is. This happens most frequently, as luck would have it, in the “big scenes” I’ve been looking forward to writing, scenes I had in mind when I began to write the book. In one case, in fact, the breakdown came in the scene that persuaded me to write the book in the first place. The problem was simple: when I first thought of the scenes, I hadn’t written the characters yet – I didn’t know them. When it came time to write the scene, I knew the characters inside out, and the scene didn’t work. It was literally out of character. There’s only one way to handle this – find a different way to write the scene. When it’s a choice between character and story, character wins every time.

• I don’t know enough about the other characters in the scene. This can hurt me two ways. First, the scene can be dull, especially if it’s exposition. When there’s a chunk of information to deliver, it’s tempting to concentrate on the information instead of on the character who’s delivering it. This is a big mistake. The more important the information is (I think), the more interesting the character should be. After all, I want the reader to remember this stuff. I don’t want an essential nugget of information to read like the directions to assembling a barbecue.

Second, if I don’t know the other characters in the scene, I’m cheating the reader and depriving myself of some potentially good material. It’s easy, when I’m focused on my main character, to see the world exclusively from his or her point of view. When I do that, I tend to forget that everyone in the scene has a point of view. As far as the other characters are personally concerned, they haven’t been stacked horizontally on some shelf somewhere waiting to be trotted out to reflect my central character’s heat and light. They have lives. They’ve come from somewhere. They’re going somewhere. They’re not furniture. If I don’t work on who they are, and allow them to be that on the page, I’m going to have a dead scene. And understanding their perspectives better will give me interesting new material – different ways to write the scene.

• I haven’t defined the stakes in the scene well enough. Something, even if it’s minor, should be at stake in every scene. Maybe it’s whether to use butter or margarine when the in-laws come to dinner. Maybe it’s whether to trust someone or shoot him through the head. I need to be clear on what it is, and I need to know how all my other characters feel about it. If I have one character lift a torch skyward and shout, “Together, men! To the castle!”, it’s not much of a scene if everyone else stands around and nods. But if another guy in a jerkin says, “You’re crazy, Ladislaw. There’s a monster in there,” and then someone else (Verminous Peasant #3) says he’d really love to go along but his matches are wet, then I’ve got the beginning of a scene. At least there’s something at stake and someone on various sides of the issue. Otherwise, it’s like a tug-of-war with only one team; it’s just a bunch of guys dragging a rope around. Not likely to keep the reader flipping the pages.

• It’s just the wrong damn scene. When this happens, I usually try to write it three or four different ways. I begin it in a different place – usually a little later in the scene – and I try to analyze what the other characters should be doing, I re-examine the scene’s importance to the story. I might try a different setting. I might try to set some sort of clock running to increase the urgency, or try to make it funny instead of serious, or plant a stick of dynamite under the dining-room table, but most of this kind of rewriting is like putting frosting on a fire hydrant – what’s under there isn’t cake, and anyone who takes a bite is going to find out, fast. Ultimately, it may be that there’s only one thing to do: Tear it up and come up with a different scene. One of the nicest things about writing is that no one but you gets to go through your wastebasket.

And a Chapter Is …

Damned if I know.

Some writers don’t use chapters at all. Their narratives unspool seamlessly, unblemished by page breaks and clever titles or unclever numbers. I personally like chapters. They reassure me. They tell me there are times when it’s okay to close the book for a while, to go to the bathroom or talk to my wife. They remind me that I have a life, and it’s okay to stop reading and do the necessary maintenance.

And when I’m writing, I find that scenes naturally arrange themselves into chapters. I don’t know why, they just do. I always know when I’ve reached the end of a chapter. I usually know when a chapter is going on too long. Just don’t ask me how I know.

But since I got myself into this, here’s what a chapter is to me: It’s a series of scenes that combine to move the story to a new point. It might trace an arc in the development of a character. It might be a sequence of events that makes it clear to a character (or to the reader) that there’s no exit from the situation. It might literally take a character from one location to another. It might put another crocodile in the water. It might do any relatively important thing, but – as with a scene – something is different at the end of a chapter.

And, like a scene, a chapter should end with something that makes the reader want to keep going. I mean, if you’re going to put that big expanse of nice clean white paper there, you need to throw the reader a line to make him or her want to cross it. And preferably, the line should have a hook at the end of it.

One of the ways Raymond Chandler taught himself to write was by taking a novel by someone else – usually Erle Stanley Gardner, who created “Perry Mason” — and changing the characters, the setting, and what was at stake, but keeping the structure, scene by scene. Gradually he began to develop a feel for the flow of a story, how to keep things moving, what to do about compressing or expanding time, how to keep the stakes in sight at all times — a whole backpack full of skills that a novelist needs to be able to grab whenever necessary. Then he went on to write some of the best American novels ever, books that — in retrospect — are much better than Erle Stanley Gardner’s.

If it was good enough for Raymond Chandler …

Ed. note: This is the seventeenth post in a series. Check out the Table of Contents to see what’s in store, and be sure to come back next week for a new installment.