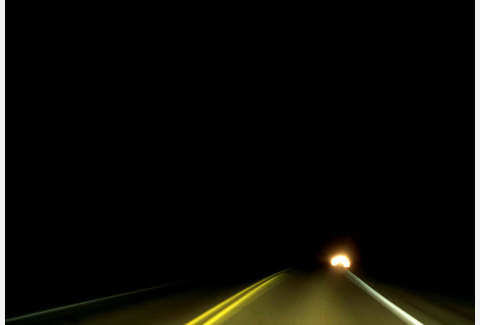 To Outline or Not to Outline

“Writing a novel is like driving a car at night. You can only see as far as your headlights, but you can make the whole trip that way.” —E.L. Doctorow

Should you know your whole story when you begin your book?

Or should you simply have a good idea of what the book is about, who the main characters are, and what’s at stake?

I know writers who believe they need to know everything and who create a detailed outline before they begin to write. Every scene, every plot twist, every revelation, is planned in advance. (Many of these writers came to the novel from film or television, where structure is God.)

And then I know writers (more of them, actually) who start with an interesting problem, a few characters they can learn to care about, a setting, and a sense of what the stakes are. They let the story unfold as they write it. They listen to their characters. They hold themselves open to new ideas. They don’t actually know where they’re going. If they have an ending in mind, they try repeatedly to top it as they write their way toward it.

I’m in the second camp. I personally can’t stand to outline. My main problem is that I don’t know my characters well enough until I’ve written about them at some length, and it doesn’t work for me to try to force them into a story they might outgrow. I want them to grow as I write them, and then I want the story to grow out of them.

Someone once said, “We learn what we’re writing about by writing about it.” For me, and for most of the other novelists I know, writing a novel is (to use an inelegant simile) like circling a drain. We start out by working around the edges of our story, and then the spiral narrows as the story, and our characters, become clearer to us. We center in on the things that really matter.

I also have to say that – for me – writing from an outline is no fun. I want to be surprised by what happens. I want my characters to develop in ways I didn’t expect. I don’t want to know how the story will end until it does. As Raymond Chandler believed, “the best way to stop the reader from guessing the end of a story was not to know how it ended yourself.” (Quoted from Raymond Chandler: A Biography, by Tom Hiney.)

So if you want to write from an outline, if you’re not comfortable starting out until you have the entire road map in front of you, go ahead. But I can’t be very helpful to you because I don’t (and probably can’t) work that way.

But that doesn’t mean I start with nothing. Getting ready to write a book is, for me, as important a process as actually writing it. If I don’t do this groundwork thoroughly, the odds are the book will sooner or later rear up and bite me, and if it does that often enough, I won’t finish it.

Long before I begin to write a book, I begin to write about the book. I just open up and let it flow – no censorship, no self-criticism, no pressure. I write about the problem, the setting, the characters. I write biographies of the characters. I let them write about themselves, in the first person. I do a lot of work on what’s at stake – what it is, why it matters, how each of the major characters stands on it. (I may even diagram that.) What’s the worst that can happen, and to whom? What’s the best possible outcome?

I make notes for possible scenes and, just for the hell of it, drop my major characters into those scenes and let them begin to talk to each other. (Quite a bit of this material later gets cut and pasted into the book, and then revised as necessary.) I give myself permission to make mistakes. Sometimes I make mistakes on purpose, trying out wildly improbable turns of events, writing scenes that have almost no chance of ever seeing the light of day. Why not? I’m the only person who’ll ever read them.

Once in a while, one of these side-trips yields something extremely interesting, something I never would have thought of otherwise. (One of the main characters in A Nail Through the Heart, a street kid who calls himself Superman, came into existence as a result of this kind of intentional blundering around.)

This process goes on for quite a while, at least a few months. Eventually there will come a time when I have anywhere from 100 to 200 pages of noodling and I realize that I’m looking very hard at a possible opening scene. Then I open a new file, give it the title of the book, and write the scene.

There. I’m writing a book.

Granted, I don’t know exactly where I’m going. I don’t know (yet) exactly who my characters are. I don’t know who will live and who will die, since I write those kinds of books. If I really allowed myself to think about it, it would probably scare me senseless.

There’s a wonderful quotation from a Japanese director named Yoji Yamada, who wrote and directed an endless series of films about a decent, somewhat melancholy traveling salesman named Tora-San. Yamada says this:

“Sometimes it’s necessary to make the leap and grow your wings on the way down.”

The amazing thing, for me and for many other writers, is that those wings do grow. What’s more, they find the updrafts in the developing story and ride them, like hawks wheeling on the wind. They allow us to dive to the depths of the story, almost touch bottom, and soar up again. They keep us afloat until we reach the end, and we can fold them and rest.

And then there are days when it’s so much fun that I doubt it’s legal. The material comes so fast that my fingers literally can’t keep up. My characters actually seem to be smarter than I am, which is widely supposed to be impossible. And my understanding of the story deepens and deepens, and I realize it’s reached my heart. And then I can really begin to write.

Odds are that, in the cold light of the next day I’ll tear up half of it and write something else. Over the course of writing a 350-page novel, I’ll probably write close to 2000 pages. Some of those pages will be pure gold, some will have a few good things, and some will be solid lead. But there’s always a chance that even the most leaden page will have one teensy particle on it somewhere, sparkling like a fleck of ore in a miner’s pan. If I take that little sparkler and work with it, it can take me someplace completely new.

Of course, “someplace completely new” can feel like a problem. Why am I suddenly spending so much time with this character? What is it about this house by the river that interests me so much? Why did my character do or say that, and what does it mean? Am I really going to drop this entire sub-plot? Where the hell am I going?

Here’s something that virtually all novelists learn relatively quickly, but which can turn new writers into quivering lumps of protoplasm. I’m going to center it on the page so it jumps out at you if you’re skimming this:

you don’t want it to be.

You want the writing process to be a journey of discovery. You want to listen to your characters. You want to be open to new ideas. You want to learn more about what you’re writing as you write it. And no matter how strong your original idea was, you want to be in a position to accept – and be grateful for – a better one. And better ideas will come, if you write regularly and often and if you’ve got the courage to take a chance when one makes itself available to you.

When something new and revolutionary occurs to you, entertain it. Say hi. Give it a seat at the table. Pour it some coffee. Think about it. Write about it. Where will it lead you? Is it good for your characters? For your story? For the stakes? What will you lose? What will you gain? Is this a wrong turn, a short cut, or a map to new and valuable territory?

Unless it seems to be a fundamental violation of your idea – in its purest and most basic form – go ahead. Write the hell out of it. It may be the discovery that powers the rest of your book into being. It may give you the fresh excitement you need to keep writing. It may be the thing that lets you finish your book.

And, by the way, these kinds of ideas often require a writer to go back and change things in the portion of the book that was written before the new inspiration materialized. This is not cheating. We all do it. It’s part of the creative process. But I’d strongly suggest that you go back and do it later. For now, follow the new vein of gold and mine it for all it’s worth.

Ed. note: This is the eighteenth post in a series. Check out the Table of Contents to see what’s in store, and be sure to come back next week for a new installment.