Read an Except from Solar Bones

… I watched the screen cloud to a fizzy interference as it shut down, leaving the room to dark silence and a burnt feeling behind my eyes as if the light from the monitor had scalded them to the core, the kind of feeling you imagine you would have just before the world goes up in flames, some refined corrosion eating away at the rods and cones, collapsing their internal structure before they slope out of their sockets and run down your cheekbones, leaving you standing hollow-eyed in the middle of some desolation with the wind whistling through your skull, just before the world collapses

into oblivion, drawn down into that fissure in creation where everything is consumed in the raging tides and swells of non-being, the physical world gone down in flames

and pulling with it also all those human rhythms that bind us together and draw the world into a community, those daily

upholding the world like solar bones, that rarefied amalgam of time and light whose extension through every minute of the day is visible from the moment I get up in the morning and stand at the kitchen window with a mug of tea in my hand, watching the first cars of the day passing on the road, every one of them known to me

one after another, beginning at half seven with

Frances Dugan in the green Mégane, off to her job as a receptionist in the Clew Bay Hotel – I went to school with her husband Philip who is about to start chemo – and

Máirtín Dubh in the green post van, followed by

Shamie Moran in the milk lorry, seven thousand litres of milk sloshing around in the tank behind his head with

Jimmy Lyons behind him in his blue Passat – in half an hour he will throw open the gates of the builder’s yard on the Kilgeever road, so that

five mornings a week I watch these early starters from the kitchen window with a mug of tea in my hand and when I see Jimmy’s Passat turn left onto the main road I know that it’s nearly half seven and that I had better get a move on if I’m going to make it to work on time, knowing also that Mairead has still got at least forty minutes in bed yet, a thought which always pleased me, as if those minutes were my gift to her each morning, a thought which often recalls me to

the early years of our marriage when Darragh and Agnes were very young and I would wake and get ready for work while the three of them were still fast asleep in a house that had no sound but myself going about the first tasks of the day – washing, shaving, dressing, setting the table for their breakfast, mugs and bowls, pulling on my boots and jacket – the peace and quiet of early morning making it my favourite part of the day, Mairead and the children asleep, breathing in their separate rooms, a gentle flowing current which brought the house alive even in the darkest winter mornings when

I was sometimes filled with a marvellous sense of how important and serious it was as a father and husband to be up and about so early, with work to go to and a family to provide for, to have such responsibilities, grabbing my keys and jacket and out the door with Mairead and the kids still asleep in their beds, off to work to make a future for them, a glorious undertaking which I took so seriously then, sometimes feeling that I, alone in the world, was tasked with such a job which in one sense was the truth as I alone had the job of caring for my particular family, but which of course was the most banal thing in the whole world as there were millions of men everywhere who, at precisely the same time, were doing the same thing, getting up and going out to work, these morning rhythms which start the day and hold all our smaller rituals in its embrace as when now, the children gone and Mairead and myself alone here in this house we

come home from work and sit together at this table to eat while listening to the news on Midwest Radio, the local news followed by the death notices for the area, telling us that the death has occurred

in the family home

or after a long illness

or after a short illness

or peacefully at their home in

all the innumerable ways and places in which anyone can die

none less fatal than the other

taking leave of this world how ever we do, one way of dying no less effective than the next, the names of the deceased rolling by with the announcer telling us that all donations should be sent to Our Lady’s Hospice Ballina and house private, which is Mairead’s cue to switch the radio off before an advert for some

furniture sale in Swinford or

or Peter Duffy, Tool and Scaffolding Hire comes on and

this is one of our rituals

Mairead and I, sitting at the table and tuning into these death notices, joining that community of listeners who are doing the same thing, half the county sitting at their kitchen tables with mugs of tea in their hands and their ears bent to hear who has died or gone with the majority as my father used to say, wondering will the list of names throw up someone we know, a name to take us by surprise, a name which shocks us or a name to sadden us, someone young or someone old, someone who has died suddenly or someone who has finally succumbed after a long illness, someone we met only last week, someone we hadn’t met in a long time

it was surely something of this sort my father honoured whenever he would sit down to listen to these same death notices, a habit which for years filled me with impatience because there seemed no purpose to it when, at five o’clock, he would stop in the middle of whatever he was doing and turn up the volume on the radio to listen to the roll call of the dead, name after name in alphabetical order until the last one had sounded and the announcement tailed off with the assurance that

only then would he resume whatever it was he had been doing, his duty done, honour and respect given to the last mention of lives gone forever and if initially I was impatient with what appeared to be a needless interruption and bristled to be rid of it, with the passing years and without ever knowing quite how it had happened, I too began to stop whatever I was doing to listen with the same attentiveness as my father and it was only after a while I realised it was not merely the dead I was honouring but that I had willingly taken my place among all those other people in the parish who were doing exactly the same thing, sitting in their kitchens and listening to that rolling litany of names tapering out to infinity since

death and funerals was one of those topics my father and mother enjoyed sparring over in their later years, all the more so if they thought they could scandalise their grandchildren with a dose of irreverence and black humour, their life together now a complex two-hander, with a lot of give and take and

one time my father was teasing Onnie about her death, telling her that if she was going to die before him he hoped it would be during the winter months because if it happened in any other season of the year he would have no time to bury her, he was a busy man – cattle and hay and turf and everything else – he wouldn’t have time to arrange a funeral for her, the best he could do would be to light a fire in the bottom of a tar-barrel, that would be the best he could do, stuff her into it at the gable of the house and Onnie listening to all this, smiling over at him, saying

I don’t mind what you do with me, when I’m dead I’m dead and the dead don’t care so

I’m not afraid to die, she countered, I’ve made my peace with God so I have no fear of meeting him and

Darragh’s face knitted into an expression of complex surprise, but he held off on any comment till we were driving home that evening, shaking his head to underline his bewilderment when he wondered aloud

I doubt Onnie ever gave much thought to the sort of life she lived, she just lived it, got on with it and now

Darragh’s voice broke up with a dry laugh

I can see her now, standing before God on the floor of heaven, saying, is that all you got bitch, is that your best shot

you think she’d adopt that tone

I hope their meeting won’t be that combative

that’s what God hopes also but He won’t know what hit him, she’ll flatten Him and then moonwalk out of there with the keys of the kingdom in her blue housecoat

that would be worth seeing, granny moonwalking with her stick

no, come the resurrection Onnie will be restored to the full of her health, throwing away her stick will be part of the deal, she’ll probably be reborn as an action movie heroine, telling Him you can kiss my arse, her parting words and

even if Darragh’s admiration was delivered in a language I could hardly understand, his grasp of my mother’s proud humility and her fearless assessment of her own life was hopefully a lesson of some kind to him, certainly it had made some sort of impression as his face was still fixed in such an expression of wonderment when he got home that Mairead took a look at him as he passed through the kitchen, asking

what happened to that lad and

it was only when I opened my mouth to explain that I had any clear idea myself of what had come to pass, telling her that

Darragh was shown that there are more things in heaven and earth than he has dreamt of, Onnie broadened his mind for him, she broadened mine as well so she did

she was in one of her philosophical moods

she was a lot more plain-spoken than that, she gave him something to chew on for the rest of his days

good god, all that in one short visit

all that in two sentences with

the Angelus bell still ringing in my ear 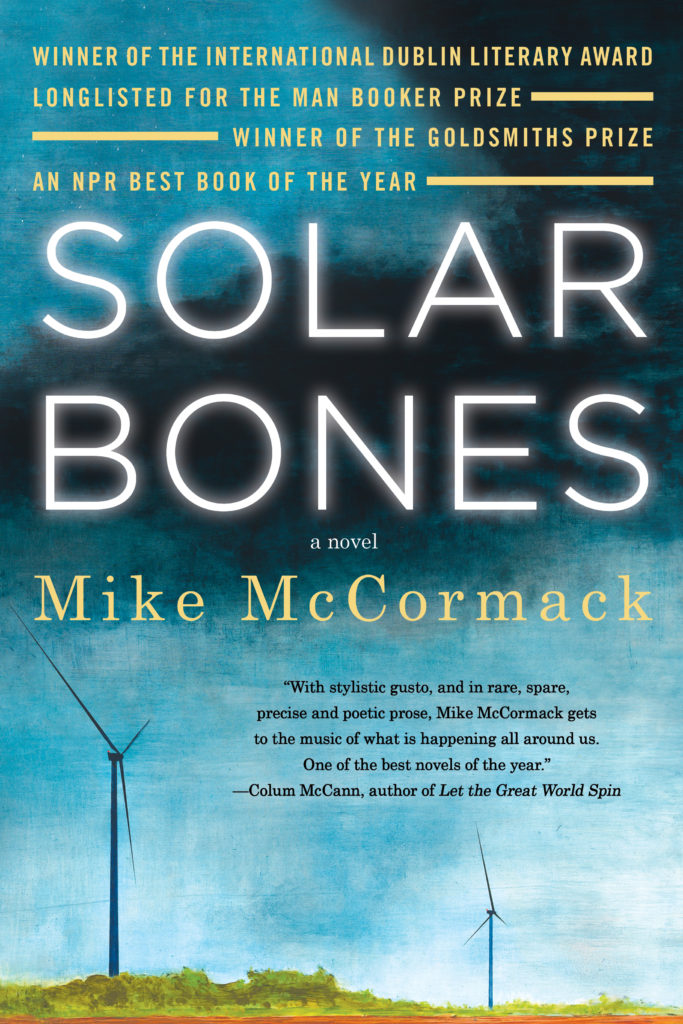