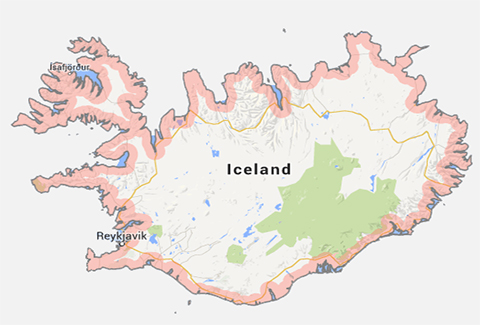 One of the regular complaints I get about my books from disgruntled readers, who sadly no longer write in the time-honoured green ink, is that the names of Icelandic characters can be so confusing.

I do make efforts to make Icelandic names as straightforward as I can, and believe me, if I were to use entirely realistic names, those disgruntled readers would be frothing at the mouth. For instance, I don’t use names that have the unique letter ð in them. This is a hard th sound, like the th in ‘bathe’ rather than the soft th (as in ‘bath’), for which there is also a special letter, þ.

In fact, both existed in English a very long time ago. Today Þ is not a problem, as it can easily enough be replaced by th, but ð is more of a headache. Normally it gets transliterated into a d, so Guðríður becomes Gudridur, but it grates. It doesn’t sound right and I hate to see my adopted language sold short. So I leave out ð where I can. That means there’s a host of names I can’t use. There’s no Guðný, Guðjón, Hörður, Guðrún or even Hreggviður to be found on my pages. It’s limiting, but I’m over the frustration now and just have to hunt about for names easier on the anglophone ear.

Then there’s the patronymics. Icelanders generally don’t have surnames. There are a few old family names in existence, in fact, there are more these days than in the past as immigration has also brought many new Icelanders, bringing their family names with them.

But the accepted tradition is that Icelanders are named after a parent, normally the father, but occasionally the mother. Jón Gunnarsson is Jón the son of Gunnar. Jón’s sister Þorgerður would be Þorgerður Gunnarsdóttir. It’s actually pretty simple. Your first name is your name. The patronymic or matronymic is an identifier, not a name.

It also grates to see, as the mainstream media insists on doing, people referred to by their surname alone, so if Jón Gunnarsson were to achieve fame overseas, he’d be referred to by the New York Times as ‘Gunnarsson,’ which, strictly speaking, isn’t his name. The only Icelander the foreign press ever mentions correctly is Björk. Her patronymic is Guðmundsdóttir, but that gets conveniently forgotten.

Then there’s the way Icelanders speak to each other. They call each other by their first names. In the highly unlikely event that I were to meet the prime minister, I’d be wrong to address him as anything there than his given name, Sigmundur. It would be seen as idiotic to call him Mr Gunnlaugsson.

There are formal methods of address, herra for mr, frú for mrs and fröken for miss. But these are so formal as to be practically comical. The only person who ever gets called herra is the President. It’s a pretty informal sort of place. Icelandic also used to have a formal form of address in the way that German (du/sie) and French (tu/vous) have with the second person plural used for formality. But that has virtually disappeared. Everyone is addressed as þú. I just about remember the formal form, þér, being used in official letters from the Directorate of Immigration back when I had to renew my residence permit every year, and wondering then what the hell it meant. Before that it had been used in TV interviews with government ministers back when TV was in monochrome and when people still had some respect for politicians. But if you were to use þértoday to anyone under forty, they’d look at you as if you had two heads.

The formal form of address began to disappear in the 1950s, after Iceland’s independence from Denmark. I don’t know if it happened unconsciously or if it was a deliberate change, but people wanted to distance themselves from Danish colonial rule under which þér had been commonly used. So it simply fell out of use.

There’s no particularly respectful way to address someone, other than to use their first name and not to call them vinur (mate, pal) drengur (lad) or elskan (darling), unless your interlocutor hasn’t yet reached puberty.

This hasn’t quite applied everywhere yet, as members of Iceland’s parliament, the Althing, traditionally refer to each other as háttvirtur, ‘the honourable,’ very much in the British tradition in which members of the House of Commons refer to each other as ‘the right honourable member for Dullsville-on-Sea’ as an example, often as a precursor to something either deeply disrespectful or downright rude. Icelandic ministers get to go one further, being referred to ashæstvirtur, ‘most honourable.’

But now the foundations of government are being shaken. A newly-elected MP in Iceland’s parliament has announced that he is declining to address other members or ministers as ‘the honourable’ or ‘most honourable’ anything, arguing that MPs should not automatically be given a mark of respect that the nation generally does not believe they deserve.

The establishment is jittery at this departure from tradition, and it’s worth bearing in mind that the MP in question, Jón Þór Ólafsson, represents the Pirate Party. Reactions range from the deeply amused among those who agree with the honourable gentleman’s point to the thoroughly outraged from those who wish to see tradition preserved.

On the other hand, ditching an anachronistic respectful form of address for someone you may hold zero respect for is perhaps an honourable Icelandic tradition that deserves to be continued. 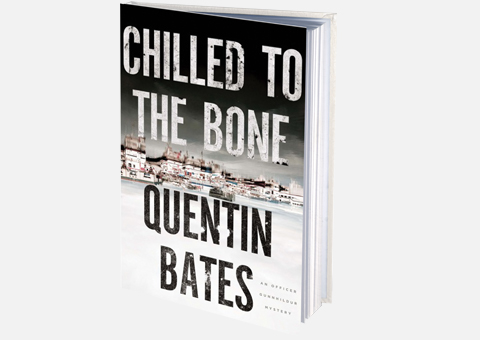