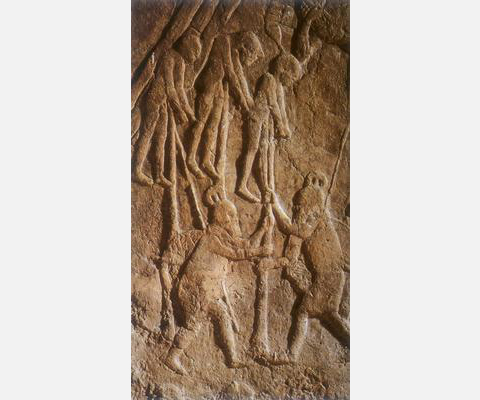 One of the more gruesome—and therefore fun—parts of writing crime is learning the different ways you can die.

The picture above is a detail from a neo-Assyrian frieze in the British Museum, which shows Judaeans being impaled after a siege.

You’re probably imagining a sharpened wooden spike being pushed up, but you’d be wrong. You wanted the pole to be blunt, to avoid piercing any organs and killing the victim too quickly. The entire point was to give the victim plenty of time to regret his or her crimes.

Here’s how it worked:

A smooth, thick pole with a narrowed, but blunt, top end would be embedded in the ground. If you think of a width you can barely get the fingers of both hands around, you’re probably about right. The height of the pole is carefully adjusted so the top is slightly higher than the victim’s behind, when standing on tiptoes. It’s a bit like hanging, where you adjust the rope length for the weight of the victim, but in this case we adjust the pole for height.

The pole and the entry point are then smeared with fat or grease. The victim is held above the pole and placed down on it. If the width doesn’t quite fit, that’s not a problem; simply use a knife to slit from the anus towards the genitals until we have a snug fit. Now the victim is lowered down until they can stand on their own feet on tiptoes.

You see why the pole height varies per person. The pole is in, and the victim can’t step off because even on tippy toes, too much of the pole is inside, but to keep it from going further in, the victim has to stand there, and stand, and stand. For days. They can’t keep this up forever. Eventually their feet slip a trifle, or they sag, and the pole slips further in. Because it’s blunt, it pushes organs to the side as it penetrates. With every slippage, there’s a tear and a little more blood loss, weakening the victim, making it harder to stand, so the pole pushes further in, and so on in a vicious cycle. The grease and fat and blood trickling down the pole would have attracted flies and other insects, which would have eaten their way into the wound to add to the torture.

There is no record of the Greeks ever using impalement, though their mortal enemies the Persians were certainly using it in Classical times. However, the father of Pericles, a man called Xanthippus, did crucify a particularly obnoxious Persian officer during the wars. (The officer had it coming: he’d robbed a temple sanctuary, and when he was captured, tried to bribe his way out of trouble).

It’s interesting to think that if Jesus had been born just a few hundred years earlier, today’s most common Christian symbol would be missing its cross-beam, and much more wince-worthy. 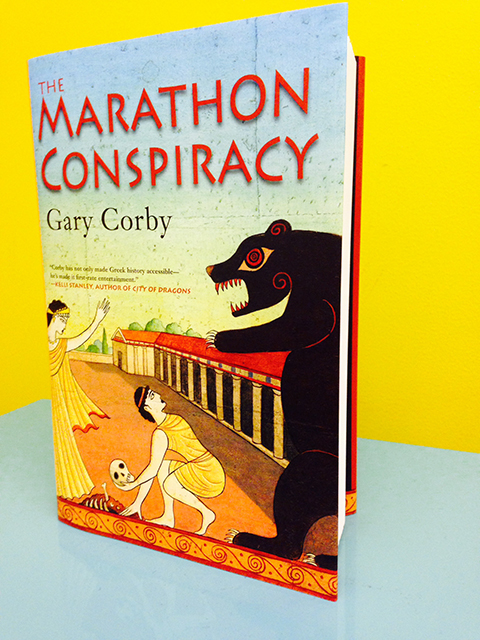