An Author’s Note from Francesca Padilla 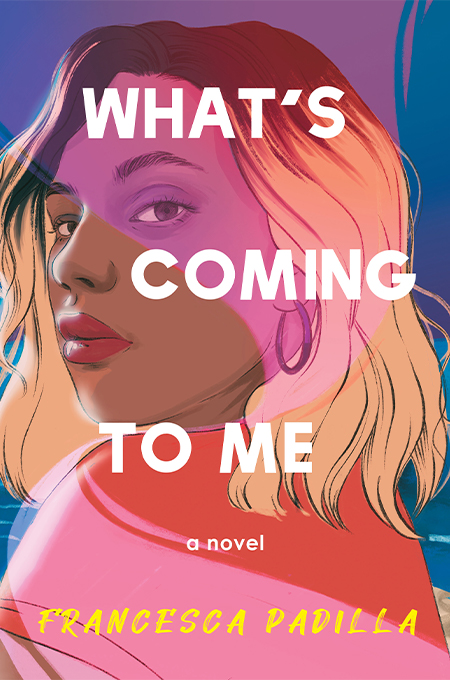 When my mother was very young, she underwent open-heart surgery for a rare defect she’d had since birth. It was the 1970s in the Dominican Republic. Living still wasn’t guaranteed, and childbirth was basically prohibited for her due to the possibility she might not survive.

She fixed her heart temporarily, and then she fell in love, and finally she took her chances and had me (and later on, my little brother). Her pregnancy terrified people.

When I first had the idea for What’s Coming to Me, I was only a couple of years older than Minerva, its protagonist. I had grown up—was still growing up—with a chronically ill parent and seeking books about kids with chronically ill parents. I was also very poor, very brown, and very angry.

I didn’t know it at the time, but what I was looking for was a book on anticipatory grief. It’s a subset of grief, the type we feel in advance of the actual ending. When we can see it coming, even if it’s far away. Since my mother was seriously ill for most of my childhood, grief was around just as long, not so much a friend but a companion, sometimes a co-conspirator and other times an opponent, one more worthy than anything made of flesh.

People familiar with grief are likely to also be familiar with this complicated dynamic: its infinite faces; how we perceive it, interact with it, and are influenced by it. We know that every instance of grief is unique because every life and relationship is unique. I craved a reading (and later, writing) experience that would give voice to this.

I concluded that I’d write about all this “someday” and then set it aside. When I returned to it years later, my mother had passed away. The idea solidified.

And so, this book is about every kind of grief. About how once it happens, it’s always happening. I didn’t mean to write about anger, or being young and poor and brown in the suburbs, either. But this book became about all of those things, too.

The final piece for me was its escapism—and, ultimately, its joy.

This book is a whole voyage, and I’m really glad you’re here for it.