An Author’s Note from Allie Rowbottom 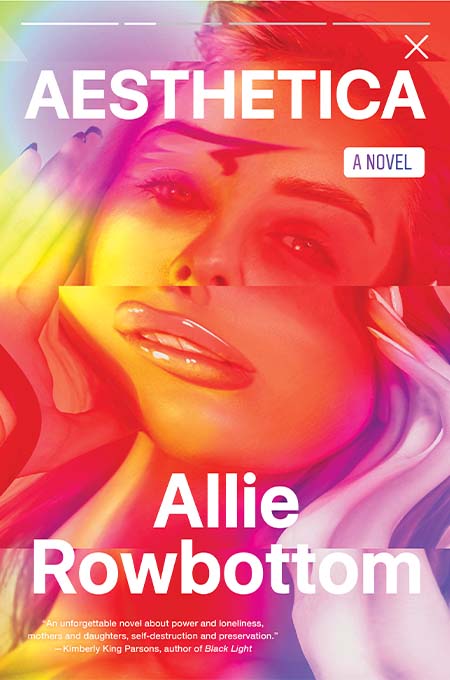 Thank you for your interest in AESTHETICA, my debut novel about @annawrey, a former Instagram model with a plastic surgery addiction looking back on her career—the men she met, the mother she lost, the violence she survived­—and contemplating the final cosmetic procedure she hopes will save her soul.

The novel represents a fictional exploration of my own girlhood and transition into adulthood. I was seventeen when I moved to New York City and fell hard into the nightlife scene. It was the early 2000s, age of meatpacking district mega clubs, models and bottles, Jeffrey Epstein one table over and Paris Hilton dancing on the bar. It was also the first personal experience I had with American image culture, youth and beauty as currency. Per the mandates of the 1990s era third wave feminism I was born into, I saw self-objectification as my right; it was downright wasteful to eschew the sexual liberation my foremothers had fought for, I believed. And yet, often my experiences as a young woman capitalizing on her youth and beauty ended in pain, regret and more than once, danger.

A decade later, following my mother’s death, I found myself increasingly vulnerable to the beauty standards and Photoshopped images perpetuated by Instagram influencers. I was newly married, a newly frocked PhD, a newly published author; I should have known better than to buy into the impossible ideals influencers and models sold. And yet following them made me feel connected to the wider world—a world of perfect, happy, beautiful people—in a time of intense grief and overwhelm, even as I understood that I was addicted to an app that didn’t accurately reflect reality.

In 2017, the #MeToo movement—with all its power fissures, omissions and oversimplifications­—further complicated my feelings about social media. Watching and participating in #MeToo led me to question my own conceptions of “good” victimhood, and the resistance I felt to moral ambiguity—why did I consider certain women’s testimonies easier to support than others? Why were women who chose to profit from or perform their sexuality on social media more suspect than others?

I looked to literature to help me answer these questions but found a hole, as if social media was too low brow a subject to seriously explore, especially from the perspective of an empowered user, an Instagram model who, by virtue of her choice to self-objectify, many people might presume to be vapid. This didn’t entirely square with what I found on social media, and I began AESTHETICA to address the dueling possibilities for personal empowerment and ruin I saw at work on image-based platforms. Can the filters, Photoshop and plastic surgery needed to become “Insta-famous” also be tools of empowerment for women and gender non-conforming people, so often robbed of the agency to control their bodies and how they are consumed? If so, how do we weigh the possibility of empowerment against the unrealistic ideals cultivated by edited, surgically-altered images, and the very real consequences for teenagers in particular, who not only make up the bulk of Instagram users, but are also sixty percent more likely to commit suicide in 2020 than in 2007?

These are the questions I let challenge, confuse and guide me as I wrote AESTHETICA, alongside the personal questions I still ask myself about mother loss and a deep longing to return to a feminine sphere I’m not sure exists beyond girlhood. It’s a sphere I see simulated by Instagram. But as Anna discovers at the novel’s end, it’s a sphere best reclaimed through the sharing of experiences among women, an imperative to speak that, when practiced by many, becomes an agent of great change.

Thank you for reading, 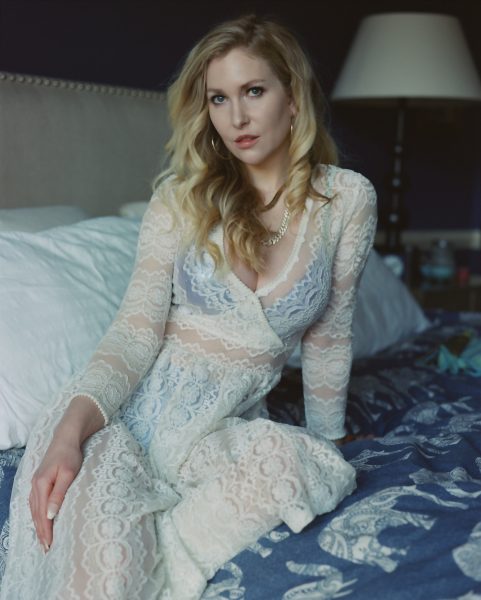 Allie Rowbottom is the author of the memoir Jell-O Girls, a New York Times Editors’ Choice Selection, Amazon Best Book of the Month, Indie Next Pick, and Real Simple Best Book of the year. Allie’s essays and short fiction can be found in Vanity Fair, Salon, Lit Hub, No Tokens, NY Tyrant, The Drunken Canal, Alta Journal, Bitch, and elsewhere. She holds a PhD in literature and creative writing from the University of Houston and an MFA from the California Institute of the Arts and has taught fiction and nonfiction at the University of Houston, CalArts, and Catapult. She lives in Los Angeles with her husband, the writer Jon Lindsey.