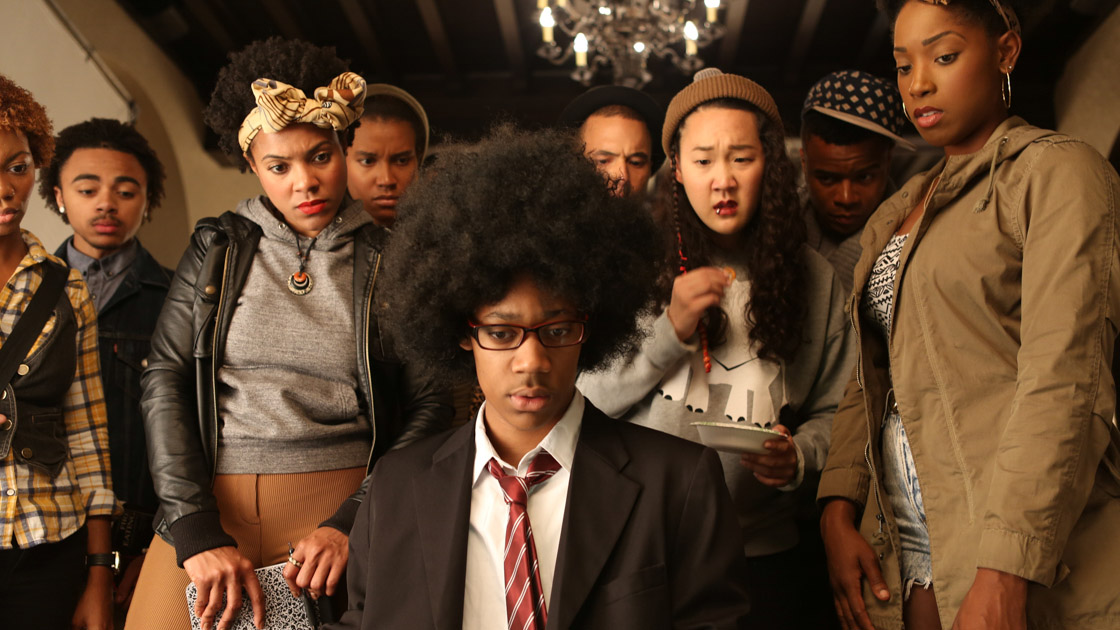 The issue of diversity has become a hot topic in the media industry—particularly in publishing, where it remains sorely lacking. Conversation surrounding this is too often abstract; as mentioned about a recent PW diversity panel, not only was no one was surprised at the statistics indicating a relative homogeneity within publishing, but those with the power to effect industry change were largely absent from the audience.

It’s only a matter of time before this conversation takes place. There is a groundswell following for Justin Simien’s latest project, Dear White People, which was lauded with the Special Jury Prize at this year’s Sundance Festival and originally raised over $40,000 for production on Indiegogo in 2012.

I was able to dig up tickets to the New York City premiere this past weekend, and all I can say is, this film is a game-changer. While it’s marketed as satire, as someone who attended a large American university, I found several incidences in the movie unsettingly close to reality (e.g., UCSD’s Compton Cookout, upon which the party near the end is undoubtedly based). It’s sparking a very public discourse that I hope those in publishing find themselves ready for, because we’re going to be the next ones under a critical public eye.