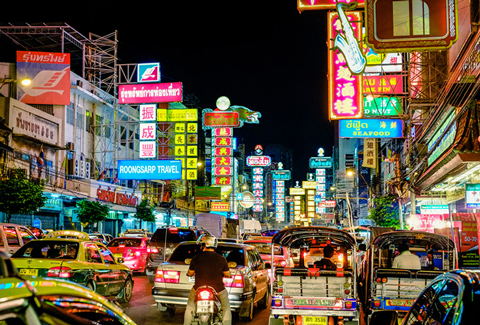 Where does your book take place?

Of course, on one level, it takes place in the hearts, minds, and imaginations of your characters. On another level, it might take place in Omaha. Or Venus.

Nicolson Baker once set an entire novel (I think) on an office-building escalator. All the action in one of Don DeLillo’s novels takes place in the back seat of a limousine going cross-town in New York, a journey that (as I know from personal experience) can seem to take a lifetime. A writer like Robert Ludlum might take you to twenty locations in eighteen pages.

Setting is, of course, the physical universe in which your story is set. But I’d suggest that it’s much more than that. It’s a reflection of the characters. It acts on the characters. It provides an almost inexhaustible source of details that can help you tell your story more vividly or give you an entirely new set of ideas. In a sense, it’s a character in itself. And, generally speaking, books in which the setting is skilfully presented are better books because of it.

Some writers are indelibly associated with certain settings. Larry McMurtry’s west is an enormous and open land to which some characters bring small, closed minds. Raymond Chandler’s Los Angeles is sunny and hospitable on the surface and corrupt underneath. These dark depths are the natural habitats of his characters.

You’ve probably read novels in which the settings are nothing but brand names: Riding uptown in the Lincoln town car, Dolores passed Tiffany and Prada and the magical toy emporium of FAO Schwartz. Modestly interesting, I suppose, but it would be a lot more interesting if it had something to do with Dolores.

Now suppose we read instead, Riding uptown in the Lincoln town car, Dolores allowed the smooth leather of the seat to calm her. She checked her fingernails as they passed the glittering art deco spire of the Chrysler building but sat forward as Tiffany, Prada, and FAO Schwartz slid by.

Okay, now we’ve done three things at once: we’ve seen a little of New York, we’ve learned a little about Dolores, and we still got all those brand names. In the first example, the setting was passive; it was just scenery. In the second, it was active; it wasn’t just New York, it was Dolores’s New York.

If you want to finish your book, you need to know your setting as well as you know your characters. Believe me, the setting can bail you out when you’re stuck. It can present a new course of action. It can give you the word picture you need for a fresh approach to open a scene or a chapter. It can capture the reader’s imagination.

So I’d suggest exploring your setting in the same way you explore your basic idea and your characters.

I would hope that your setting has the following characteristics.

I love and am fascinated with both Los Angeles and Bangkok. I’ve spent substantial amount of time exploring them both. I could probably write a pretty bad city guide to both or either of them. That makes it fun for me to write about them, and there are times during the writing of any novel when having fun can be the only satisfaction available.

You may feel equally at home, creatively speaking, with Winesburg, Ohio, or 18th-century Paris, or a twentieth-century high-rise, or the inside of a maximum-security prison. Whatever your setting may be, I’d hope you’ll work to make it active rather than passive. It will be presented from your characters’ perspectives, whenever that’s appropriate. It will play a role in the story. It will affect your characters. In some ways it will reflect them.

It may help to think about the theater when considering setting. Theater directors take setting extremely seriously. It might be a bare stage that takes us directly into the minds of the characters or an extravaganza of elaborate sets that provides a social, intellectual, and emotional context for the story. What it never is, at least not in a good production, is a series of pretty pictures in front of which the actors pose and declaim.

You need to use your setting for all it’s worth. Otherwise, it’s dead weight.

Ed. note: This is the fourteenth post in a series. Check out the Table of Contents to see what’s in store, and be sure to come back next week for a new installment.