John Green defends publishing, makes us all fist-pump the air 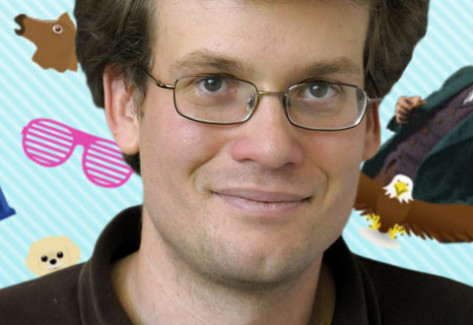 In this age of social media that allows the individual to become their own one person PR department, where the term “self-publishing” is quickly replacing “vanity publishing”, where, more and more, people are taking the old saying that everyone has a book in them to heart, there is the prevailing belief that traditional publishing is a musty old institution out-living its relevancy.

At the Digital Book World conference this week, Tim O’Reilly asked why YA author John Green, with his huge online popularity, still needs a publisher. What O’Reilly seems to be suggesting is that John Green would be just as, if not more, successful if he were to self-publish. And maybe that’s true, at least in terms of how many books Green could sell. He is a powerful personality and a thoughtful speaker. But can we measure success only in dollars made? In units sold? Shouldn’t writers strive to create a “good” book, not just a bestselling one? And what does that take? John Green answered that question himself in a speech to the Association of American Booksellers, stating:

“We must strike down the insidious lie that a book is the creation of an individual soul laboring in isolation. We must strike it down because it threatens the overall quality and breadth of American literature,” he said. “…without an editor my first novel, Looking for Alaska, would have been unreadably self-indulgent. And even after she helped me make it better it wouldn’t have found its audience without unflagging support … from booksellers around the country. I wouldn’t have the YouTube subscribers or the Tumblr followers, and even if I did I wouldn’t have any good books to share with them.”

Green says that he is in the “book business.” And the book business is one that, for every bestseller, every award winner, and for so many books that bring joy to readers, has dozens, if not hundreds of people working behind the scenes. Writing a book is a collaborative process.

Social media has reshaped the publishing landscape, but far from making publishers redundant, it has challenged them to evolve–it’s proven how important they still are.

John Green declares that the book business is not one he’s looking to get out of. Here’s hoping he’s the torch-bearer for a new generation of young writers looking to join him in that business of making great books. To read more and join the conversation, go here.