James R. Benn is the author of the Billy Boyle World War II mystery series. He has been a librarian for many years. He lives in Hadlyme, Connecticut. 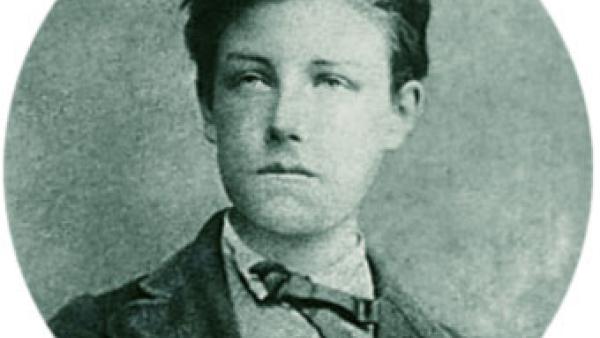 Selecting a title is important to me. As I research and begin to think about the general outline of a book, I like to have a title in mind that communicates something about the theme of the novel to the reader. A hint of what’s to come. Sometimes it’s a long search. Other times I find it right away.

This time, I have a translator’s typo to thank.

When Hell Struck Twelve is the 14th release in the Billy Boyle World War II Mystery series. Since it’s set during the Liberation of Paris during the war, I began searching through the works of French poets for a title concept. I discovered the poetry of Arthur Rimbaud and was immediately drawn to it. Although he wrote in the late nineteenth century, his work has modernist, hallucinatory, and haunted qualities that seemed tailor-made for the barricades and street fighting in Paris during those hot days of August 1944.

I read his long poem “Hellish Night” and stopped dead at the italicized phrase below:

O childhood, the grass, the rain, the lake water on stones,
the moonlight when the hell struck twelve . . .
The devil’s in the tower right now.

—from “Hellish Night” by Arthur Rimbaud

Everything about this stanza spoke to the story I had in mind. The memory of an innocent time, the devil in the tower, and hell about to strike midnight. Except it wasn’t meant to say “hell.”

It was meant to say “bell.” It’s the bell (clocher) that strikes twelve, not hell.

The original reads as below:

I’d found the English translation online here, where you can read the full text with the typo that inspired the title.

One theory is that since the letters b and h are next to each other on the keyboard, a simple typing error resulted in that version of the poem. But since I’m a writer of fiction, I saw no reason to pass up a superb title. I think Arthur Rimbaud might even approve of this unintended tweak.

Born in 1854, Rimbaud was a wild youth, a runaway, and a fervent believer in cultivating the “immense and rational derangement of all the senses”. He lived with the poet Paul Verlaine for a while, their relationship fueled by absinthe, opium, hashish, and art. Verlaine, who had by then left his wife and child, ended up shooting Rimbaud—aged eighteen at the time—and wounding him in the wrist.

Rimbaud continued to write, amassing an impressive output of work. He stopped writing at the age of twenty-one, apparently ready for a different life. Initially he traveled throughout Europe on foot, then joined the Dutch colonial army in order to travel for free to the Dutch East Indies, where he promptly deserted. Subsequently he worked in the coffee trade in Africa and Cyprus, occasionally selling outdated firearms to Africans. He died of bone cancer at the age of thirty-seven. 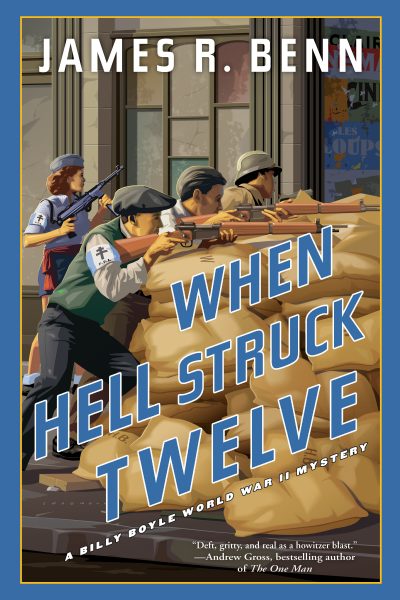 In the 14th Billy Boyle mystery, US Army detective Billy Boyle and Lieutenant Kazimierz travel into the heart of Nazi-occupied Paris on a dangerous mission: ensure a traitor to the French Resistance unwittingly carries out a high-stakes deception campaign.

August, 1944: US Army detective Billy Boyle is assigned to track down a French traitor, code-named Atlantik, who is delivering classified Allied plans to German leaders in occupied Paris. The Resistance is also hot on his trail and out for blood, after Atlantik’s previous betrayals led to the death of many of their members. But the plans Atlantik carries were leaked on purpose, a ruse devised to obscure the Allied army’s real intentions to bypass Paris in a race to the German border. Now Billy and Kaz are assigned to the Resistance with orders to not let them capture the traitor: the deception campaign is too important. Playing a delicate game, the chase must be close enough to spur the traitor on and visible enough to insure the Germans trust Atlantik. The outcome of the war may well depend on it.